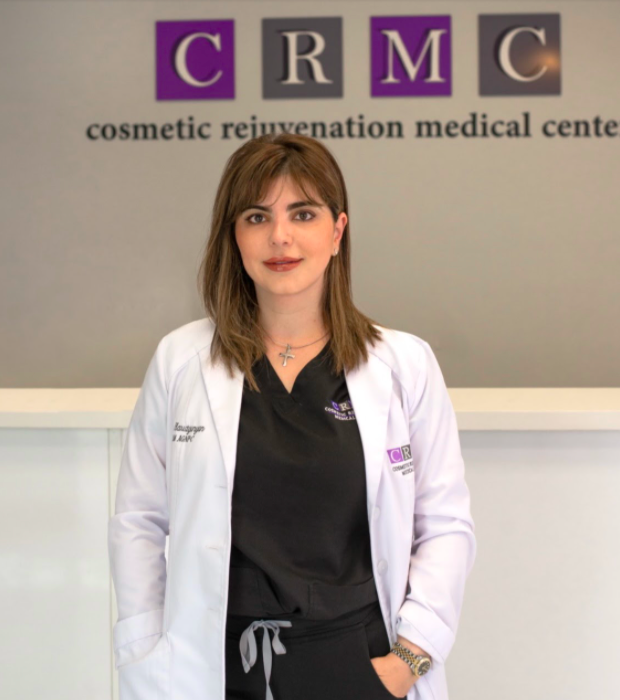 Zara Harutyunyan was born and raised in Armenia. When she was in the 7th grade, she knew that she wanted to be a doctor. At this age, she had begun fostering a love for challenges, so Zara decided to pursue her doctorate in gynecology as she got older and more adept at pushing herself in her studies. ON July 4th, 2002, Zara moved to the United States. When Zara first got to the states, she didn’t have anyone to help her navigate a new world. But Zara had always been very ambitious from a young age; we saw that she continued to challenge herself by starting studying acupuncture at Dongguk University, while managing her family and kids at home. This gave us a preview of the type of determination she had to pursue the American dream and create an opportunity for herself.

As she went on with her studies, she noticed something very peculiar one year as she studied acupuncture. She was convinced that the professors were not sharing the information the right way or giving her all the resources possible to succeed. She believed they wanted to keep their secrets. Zara’s goals were to learn as much as possible to provide her patients with the best results, and after feeling like the professors were cheating her out of her opportunity, she decided to pursue an education in nursing instead. Unlike most, Zara enjoyed the challenges of a nursing program, on top of adding to her expertise she was able to understand patient care in a new way which she would later apply to her practice, so Zara decided to continue her program, emphasizing gynecology and infertility, since it was a new study of practice that wasn’t very saturated. While pursuing this, she found medical aesthetics, and the rest was history.

When Zara Harutyunyan first began her medical aesthetics career, she faced many different obstacles such as not being a plastic surgeon, being a minority, having a heavy accent, and getting into the industry while being a full-time mother. It’s one thing to step into an industry as a complete beginner; it’s another to step into it as a minority where every odd is against you.

Early on in her career, one of the first real obstacles Zara faced was not being a plastic surgeon, so her competition was the insanely rich, well-connected plastic surgeons of Southern California, but that didn’t stop her at all. She has always been the type of person to push harder when the odds were against her. As her career went on, we really saw her learn and adapt to any obstacle she faced in her practice. Her ability to go against the grain and break boundaries in her life resembles the type of leadership she practices in her day-to-day life as the founder of CRMC Aesthetics.

Since starting her business, she has become one of the most popular botox providers around California’s elite; this notoriety on top of her industry merit has helped her climb the Medical Aesthetics Industry ranks. Zara has since become a trainer for Allergan (makers of Botox and Juvederm family of fillers), meaning she is now qualified to teach others how to inject and service customers through various outcomes. Although her work in the industry has earned high praise and recognition, the innovator inside of Zara continues to push her to level up her knowledge in the industry. Including hundreds of hours in continued education around injectables, lasers, wellness treatments, and so on. By being constantly up to date on her industry, Zara can keep a sharp eye for new equipment and technologies that will improve her practice in any way as she continues to grow as one of Southern California’s top-rated botox providers.