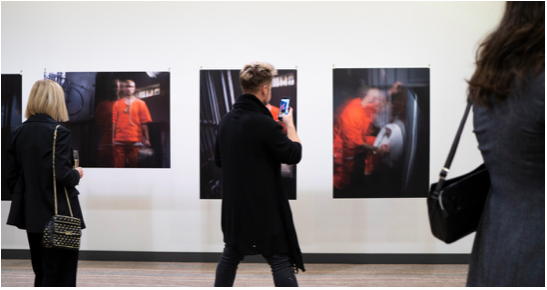 Operation Spider has always had a big influence in Iran. As a surveillance program by the Islamic Revolutionary Guard Corps, Operation Spider has been made to monitor every internet user in Iran on various social media platforms such as Facebook or Instagram.

This operation was officially published in the beginning of 2015, alongside a statement made by the IRGCs called “The Center for Investigation of Organized Crime” and is further expanding to other popular platforms like Whatsapp, Viber, and many more.

After the establishment of the Spider Operation, many arrests had quickly taken place. Starting in mid-2014, the IRGC had intensified their review of pages on Facebook, and more than 300 Facebook pages had been managed by around 36 individuals, and more than 100 of them have already been deleted from Facebook.

Then, at the beginning of 2015, around 12 Facebook users in Iran had been arrested, and 24 more citizens had been summoned to answer various questions about the activities they indulged in on Facebook. Afterwards, a statement by the Center for Investigation of Organized Cyber Crimes had been published that stated that many Facebook users had been arrested during a surveillance project conducted by the URGC called “Operation Spider.”

This operation was aimed at rooting out and identifying Facebook activities and pages that have spread corruption and lifestyles that have been inspired by the western culture. The statement has always said that they had “received indirect and covert support from the Western governments and had targeted a remarkable number of Facebook users in the guides of cultural and social pages over the span of two years.”

Furthermore, arrests were further made the following year as well via “Operation Spider II,” which were used to identify Iranian models that had posted images of themselves online while not wearing head scarfs. These models were hence charged with promoting and encouraging western promiscuity. They were also arrested and made to give self-criticism in public for posting their pictures.

These incidents had caused a lot of people to feel strongly against this – especially the famous photographer Sam Yari. As an Iranian – Turkish director and photographer, Sam Yari develops, photographs, and exhibits his exceptional works that advocate for the artists in strict regimes.

From a young age, Yari had always been interested in photography since childhood and was practicing his skills in Iran for five years. But after the arrest of models due to Operation Spider, he had emigrated to Turkey to pursue his passion more effectively in photography, advertisements, and fine arts from 2016 to 2021. In 2020, he founded the Yari Studio in Istanbul, Turkey, where he is currently working in photography and developing in Ukraine.

Over the years of his professional career, Yari has tried many times to portray his protest through his art against restrictions on women’s clothing and having more freedom in expressing themselves in extremist religious countries, including people who are suffering from poverty, injustice, and not being treated according to their rights.

In recent years he has traveled to several countries to work with various brands and modeling agencies that include the Barbarossa Muratti brand, published by SkyLife Magazine in all airlines around the world. Additionally, he has also photographed many celebrities such as Bahareh Rahnama, Yas, Tarlan Parvaneh, and many more.

Yari has also held several photography exhibitions in Ukraine, Kiev, where most of his work was focused on imprisonment, restrictions, and killing of artists and photographers in extremist Islamic countries. His pictures portrayed the strong characters who had dealt with being victims in the fashion industry – bringing to light topics that most people did not know but can work towards in making a difference.

Andrea Samantha, a Former Hairstylist, Wants to Lift People Out of Their Ineffective Habits