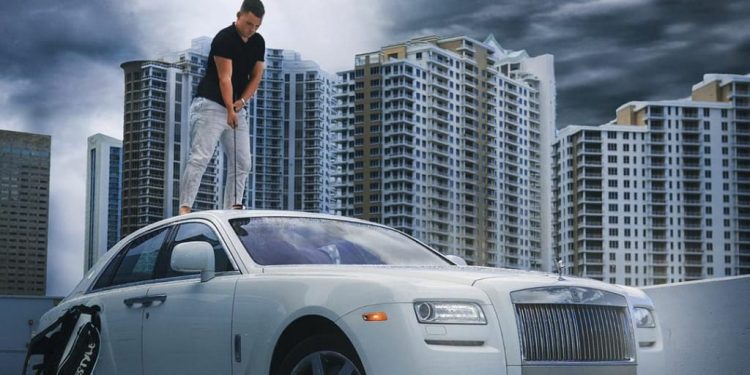 To get ahead in life, one must start young. Sacrificing his teenage days to build an empire of his own, Andreas Matuska started working as an office worker at the age of 15. During that time, he went through a lot of hardships and was unsatisfied with his work. He was even warned at his workplace of being kicked out. It created a lot of problem for him as there was a financial crisis at his place. Andreas was not sure about his future as he did not have any aim. He just knew that he wanted to become a wealthy businessman. After years of hardship, he became a network marketer and gradually made his place among the top 20 names in the world.

Today the 24-year old guy is an international speaker, trainer and coach and an investor. It was during his teenage days, he saw a video of how millionaires made money by more smart work and less hard work. He constantly researched it and came to the conclusion of earning money through Instagram. That’s when he started handling social media pages of the brand and also helped the businessmen give exposure to the digital domain. However, after some point, it became stagnant and he realized that it required more hard work in the picture.

“I agree that hard work is important to grow but to become successful, you need to at times work smartly”, he stated. With the idea of getting into network marketing, he became a network marketer in a product-based company. He saw many of his peers making good money out of it, but he hardly saw the exponential growth in him. Initially, he got the paycheck which was not more than €200. The results of growth, however, started reflecting and he became one of the most established network marketers. He even teaches the technique to his students who are now marketers. As of now, Matuska has more than 100,000 marketers from 50 countries of the world.

At the age of 21, he launched an online brand. After launching the brand, he held a business meeting which saw more than 120 people in the attendance from different walks of life. He said, “Once I had no one who attended my events, but today hundreds of people including entrepreneurs and other notable people make it to my business events”, said Matuska. His online business made a 6-figure income in 2016 and since then he is unstoppable. Currently based in Monaco with his family, Andreas Matuska is living life like a king size. As far as his philanthropy work is concerned, he built Nelson Mandela School in Qunu and he hopes to educate people in all the third world countries. Many of his team members are on his path and are educating people all over the world.

Gabriel Caro: From a Humble Family to Executive Producer

Did someone say Rollerskating in the metaverse? Read on to know how Maya Bernaia’s Metarollers will make this possible.

Challenges to the Suspended Ceiling and Partitioning Sector in the UK: Covid-19