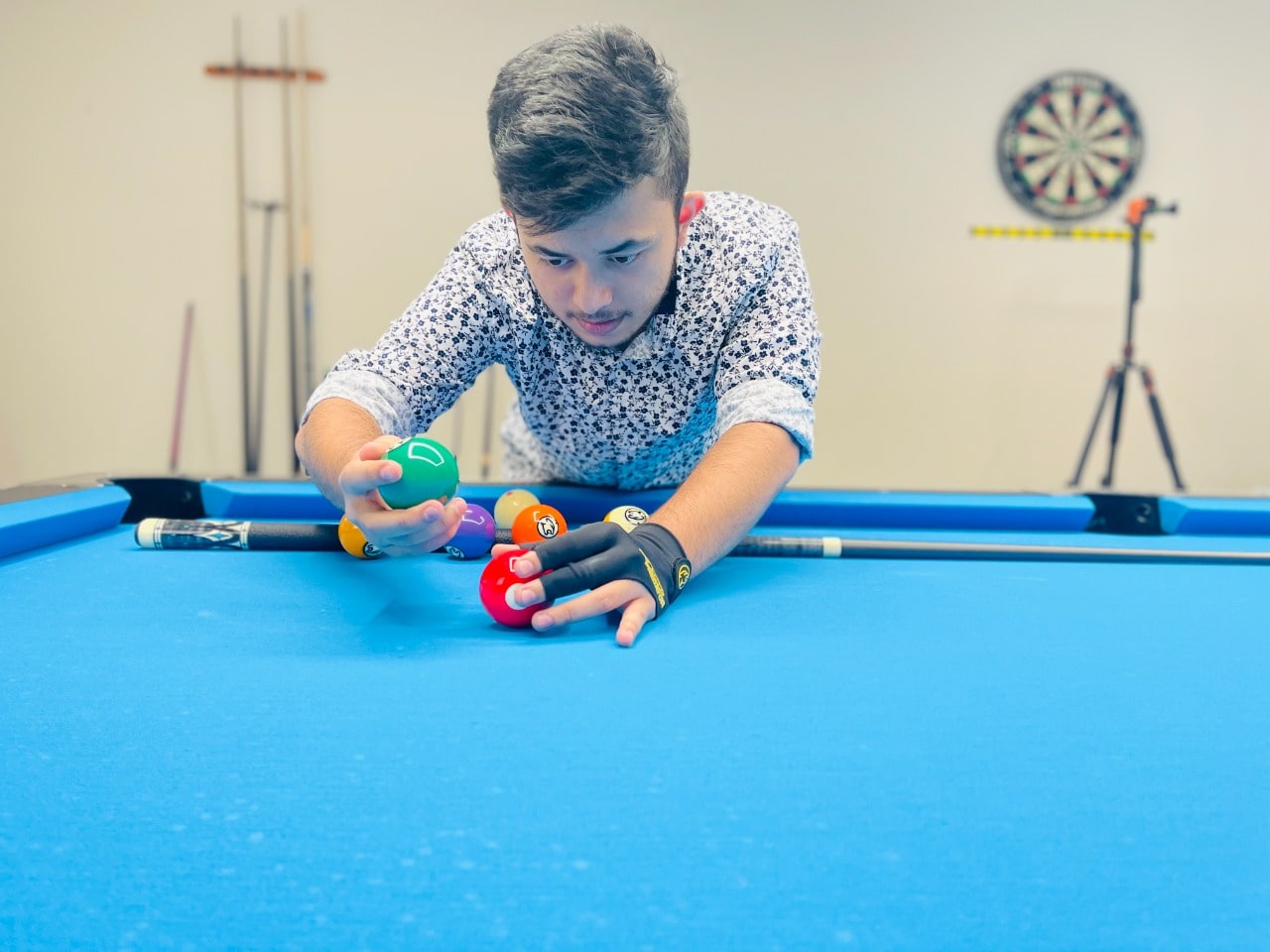 Zahidul Islam as known as RJTrickshot, a professional pool player, is famed for his Trickshots around the world. On the 20th of July, 2001, he was born in Bangladesh. However, living in the United States It’s been a while.

RJ is also a well-known web-based media influencer who enjoys playing pool. Simultaneously, he began looking for Billiard Education while attending Richland College. The 20-year-old pool player worked on his studies while also pursuing his passion for pool games. He has made a career out of playing pool games.

He originally mastered trick shots by studying and emulating videos on the Internet.

RJ swiftly went on to designing his own new version of old trick shots after being dissatisfied. RJ was competing against trick shot pool pros who had been playing since before he was born in less than two years. Since then, he hasn’t looked back.

Who were your early influences?

Mike Massey was my first inspiration. Then came Florian Köhler. He basically motivated me to rework some of his modern trickshots into harder trickshots.

With all of my college studies, I practice less and less, but when I do have time, I usually play 7 to 8 hours a day.

You’re recognized for being incredibly creative, and you frequently come up with new and fantastic shots. How do you approach a fresh shot?

It’s difficult to put into words. Everything, in my opinion. It might vary from researching other sports to making something up on the moment. I’ll have nothing one day and then have two or three insane new shots the next. I wish I could ‘manage’ this more, but it is truly an artistic process, and inspiration can come from a wide variety of locations.

You’ve put in a lot of effort for the Trickshots. What are your “billiard career aspirations” for the next three to five years, RJ?

Well, it’s not a simple question to answer, but I will continue to build my own version of trickshots, and I have a separate career in Computer Science. I’m currently working on my master’s degree and putting more emphasis on it. Pool and trick shots are how I spend my free time.

Do you have a method that works for you?

Not much, because I live by the slogan “Practice makes perfect.”

RJ has constantly achieved his goals since he was a youngster. His effort, desire, and approach to becoming a full-time pool player has helped him to emerge as a great player, setting an example for future generations.

Forex Trading for Beginners: How and Where to Trade Forex

Forex Trading for Beginners: How and Where to Trade Forex