Sho-Time Is Passionate About Motivating and Supporting Fellow Rap Artists 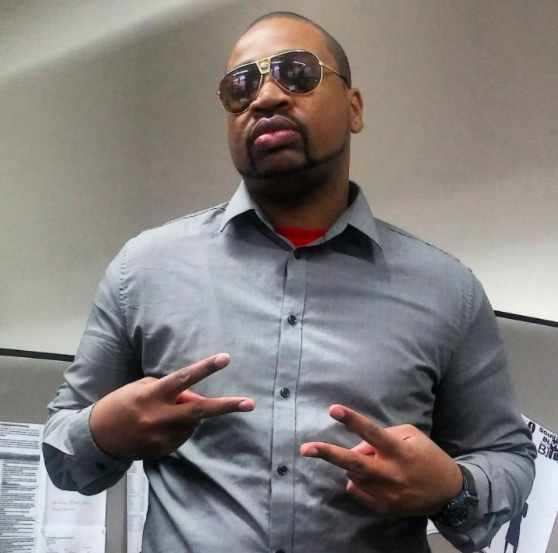 Without a doubt, everyone knows that anyone who wants to be successful needs to make giant leaps and face risks every step of the way. Aside from these attributes, one must also have the right attitude and lots of perseverance and hard work. Sho-Time is a living testament to this.

Karine Thornton, who goes by the name Sho-Time, had his eye opened to the truth of success. He knew that it is not something that is handed to him on a silver platter. His success is comparable to planting fruit trees, wherein years of hard work is needed for it to bear fruit. And his tree is music.

Music is his passion, and he is determined to do all that he can to leave a mark, especially in the rap music industry. However, not everyone in his life sees his vision the same way he perceives it. He lost some people in his life, such as his wife and some family members who doubted him and his dream.

The flare for creating and sharing rap music is innate in Sho-Time. If he had let others drag him down, he would not be where he is today. He successfully launched Sho-Time TV, a digital platform for various artists specifically made for battle rap league, wherein new talents and aspiring rappers have a chance to showcase their works.

Sho-Time wanted the rap industry to flourish even more. That is why daily news and blog content are readily available on the said online platform. In addition to that, rap music lovers can check out the freshest artists as Sho-Time TV features them.

According to Sho-Time, Sho-Time TV is where he wants people to believe in themselves and act on it, no more waiting for the perfect timing, especially when they know that they have what it takes to make it. Earning money while doing something one loves is what Sho-Time wants for aspiring artists.

To widen their reach, he subscribed to a marketing strategy that helps Sho-Time TV via post boosting, strategic product placements, and covering the latest news in the rap world. It is a method that is proven to accumulate more audience interaction through information cross-pollination, where they use available information to penetrate communities of different niche groups.

Sho-Time TV is vastly getting known as they regularly cover red carpet events, showcasing fresh-blood talents and offering updates on new topics. Currently, it is one of the most influential musical digital platforms in the music business. He is doing all of these to support those artists who have the potential but are not fully supported by the people around them.

Sho-Time created not just a platform but also a family for the rap industry. He continuously strives to make it better as he is motivated by his daughters and other family members who had his back since day 1. Even at the onset of the COVID-19 pandemic, his perseverance never stopped, making him different from the rest.

For more information about Sho-Time, make sure to visit their official website.