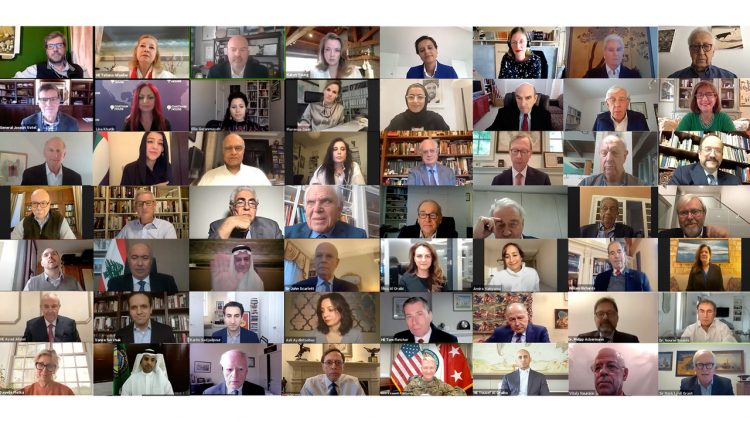 On May 6, 2020, The Eminent Dr. Raghida Dergham, Founder and Executive Director of Beirut Institute, initiated the first of many online conversations with major international players and policymakers. Over the course of the year, she has led inspiring and influential discussions on all manners of geopolitical topics with globally distinguished policymakers. Known as e-Policy Circles, they held every other week as a run-up to the Beirut Institute Summit in Abu Dhabi and operate under the theme: Stability Redefined-Who Authors the Future?

The esteemed guest for the 34th e-Policy Circle is President of Iraq HE Barham Salih in a one-on-one, hour-long global geopolitical conversation hosted by Ms Raghida Dergham, with input by HRH Prince Turki Al-Faisal, Chairman of the Board King Faisal Center for Research and Islamic Studies and Co-Chair of Beirut Institute Summit, and General David Petraeus, former Commander of US Central Command and former Director of the CIA. Viewers can watch e-Policy Circle 34 live on Wednesday May 5, 2021 (10 AM- EST, 2 PM- GMT, 5 PM- Beirut time, 6 PM- Abu Dhabi time) on Zoom and Facebook. 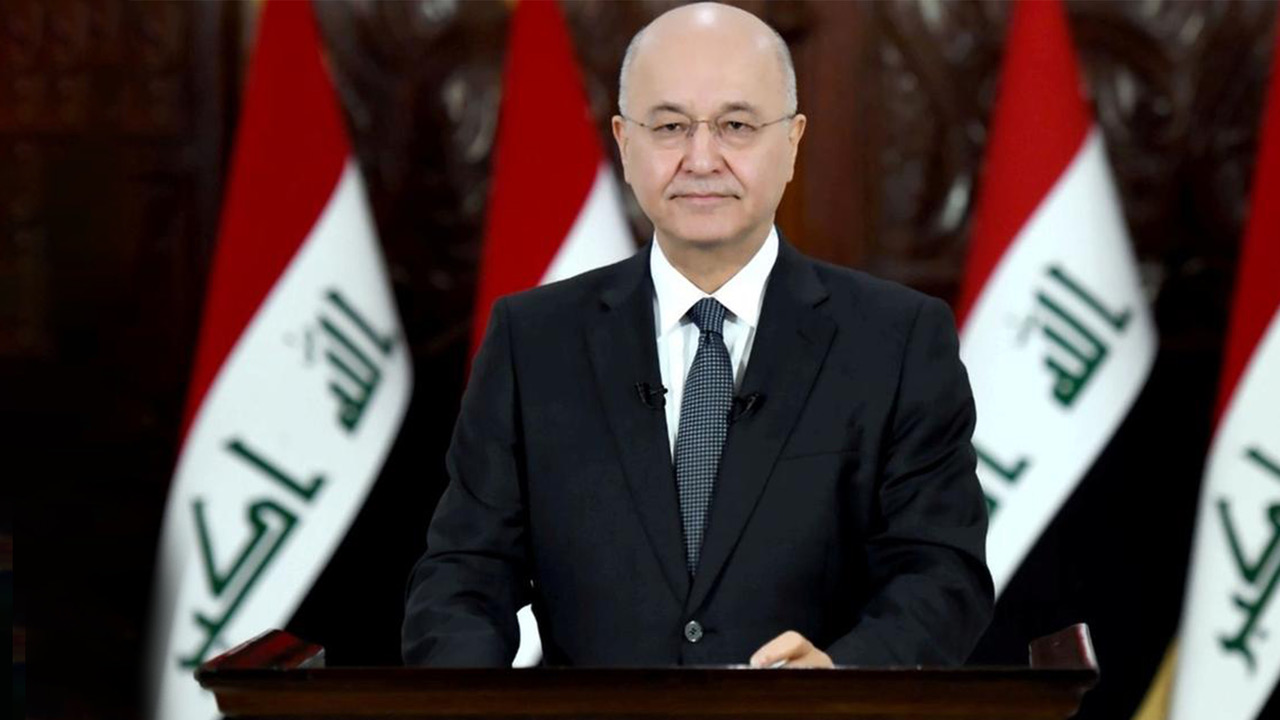 The Beirut Institute was founded in 2010 by Ms. Dergham with the intention of convening, motivating and inspiring the brightest leaders and thinkers in the Arab region. Now a highly respected global brand, this independent think tank is focusing on solutions and forward-looking ideas that impact regional and global policy. The Summit is a hot ticket and pulls together various thinkers, political leaders, senior policymakers, prominent intellectuals, leading CEOs, and civil society leaders to discuss, debate and reflect on the evolving relationship between the Arab region and the world. COVID permitting, the fourth edition of the Summit will be held in Abu Dhabi, on October 2021. 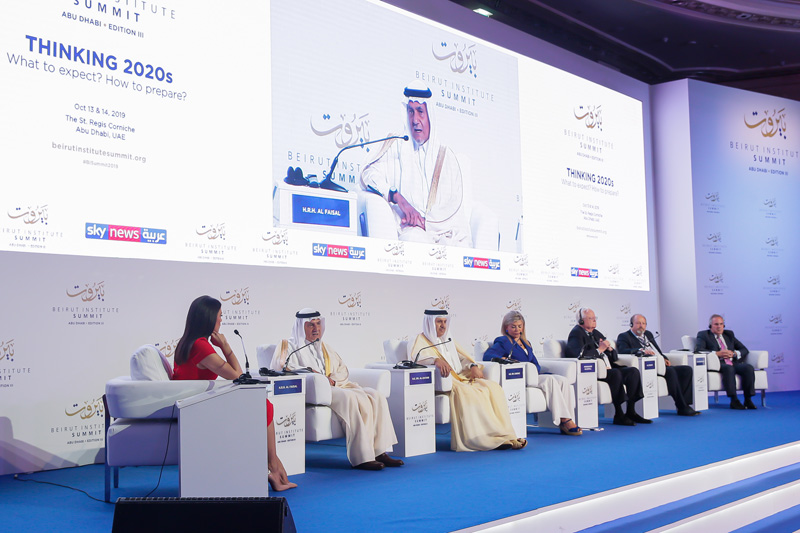 As in person convening was not possible, the e-Policy Circles were conceived to allow for important conversations initiated by the Institute to continue, despite COVID-19. It is quite impressive to witness the evolution and platform’s delivery of the Institute which has adjusted to new global norms and continues to make an impact in a virtual setting. None of this would have been possible without the leadership, resilience and tenacity of Ms. Dergham and the influential advisory board and the strategic board of directors.

The e-Policy Circles are structured as hour long sessions and allow guest speakers the time to engage and reflect on the topics at hand. Ms. Dergham effortlessly facilitates these conversations which range from regional events to global geopolitical dynamics, a role she has mastered from 28 years of serving as a Columnist, Senior Diplomatic Correspondent and as a contributor to global news outlets such as the New York Times, Washington Post, NBC and the BBC. She continues to be a driving force in the region and has received numerous awards for her work, consistently breaking the glass ceiling and being an empowering force to Arab and Arab-American women.

In the most recent e-Policy Circles, Ms. Dergham facilitated discussions on the role of the international community in the Arab region, such as U.S. policy on Iran, the JCPOA, Yemen, the role of Russia, political developments in Libya, the political climate of Lebanon, and important markers of geopolitical movement including the Vienna Talks, and the Caesar Act. 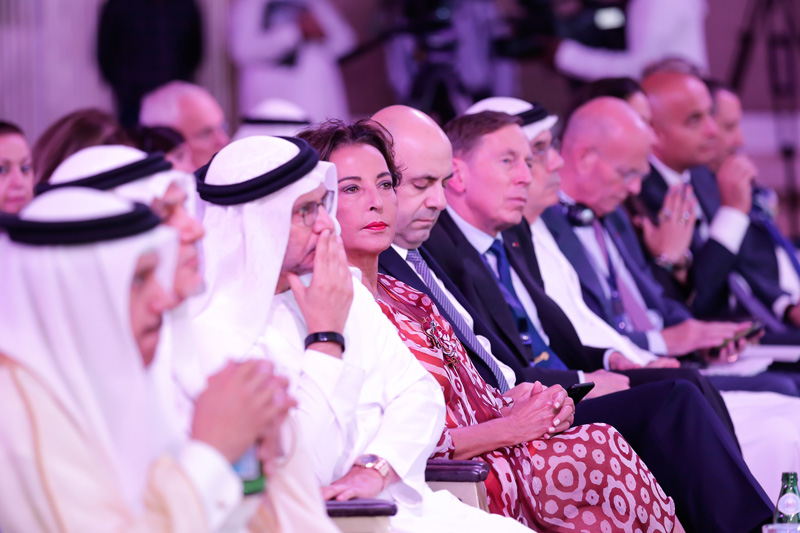 According to General David Petraeus, viewers can anticipate topics related to the future policies in Iraq and solutions going forward. “I served four years in Iraq, and I got to know – and came to greatly admire – Dr. Barham Salih, as he served in increasingly important positions in Sulaymaniyah, Baghdad, and Irbil…It will be great to be reunited with him on the (virtual) stage of the Beirut Summit and to hear his insights on how he and Prime Minister Mustafa al-Kadhimi are seeking to address the many challenges – and to capitalize on the many opportunities – in the Land of the Two Rivers,” said Petraeus. This is a discussion not to miss.

Co-Chair, HRH Prince Turki al-Faisal, added, “I join my Co-Chair Raghida Dergham in celebrating the first anniversary of the e-Policy Circles. Born at the beginning of the COVID-19 pandemic, the Circles have brilliantly succeeded in bringing together leading international policymakers, from heads of states to key global influencers. I am proud to join in for this occasion, and to carry further our geopolitical conversation with such prominent guests as President Salih and Gen. Petraeus, who has been a most loyal friend of Beirut Institute Summit in Abu Dhabi.” 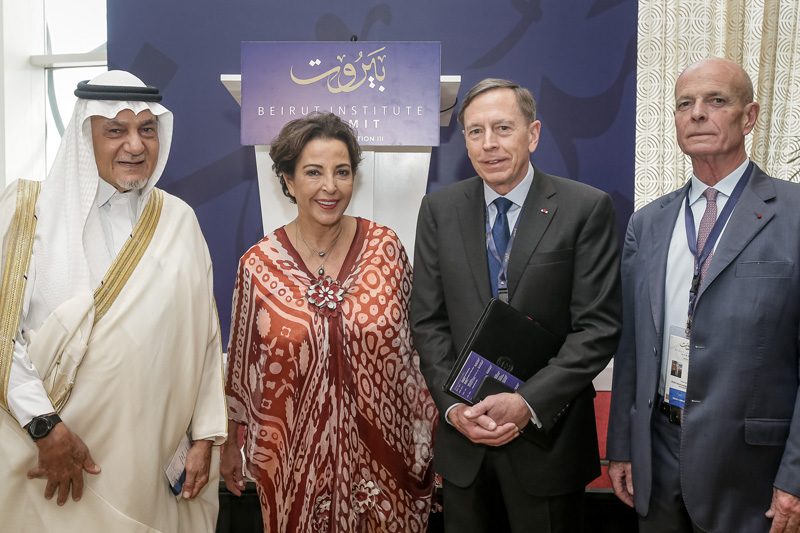 On Beirut Institute’s future plans, he said, “Beirut Institute is established as a leading, highly respected, global think tank, with a focus on the Arab region and its relations with the world. Our e-Policy Circles, which welcomed 118 guests, hailing from 32 nationalities, have succeeded in gaining an outstanding reputation in the emerging sphere of webinars, and in fact, spearheading this movement not only regionally but also worldwide, thanks to the strength of the Beirut Institute family.”

The post Covid-19 Arab world is surely going to change. There will be unknowns, but what will remain consistent is the drive for Arab leaders, thinkers, scholars and influencers to continue to create change through the incredible legacy work done by the Beirut Institute along with the guidance of its greatest steward and champion – Ms. Dergham. Join us in witnessing a vision for a new tomorrow. Click here to register for e-Policy Circle 34: https://us02web.zoom.us/webinar/register/WN_Lwrv7_BYQzi6BMzkzVN0EA