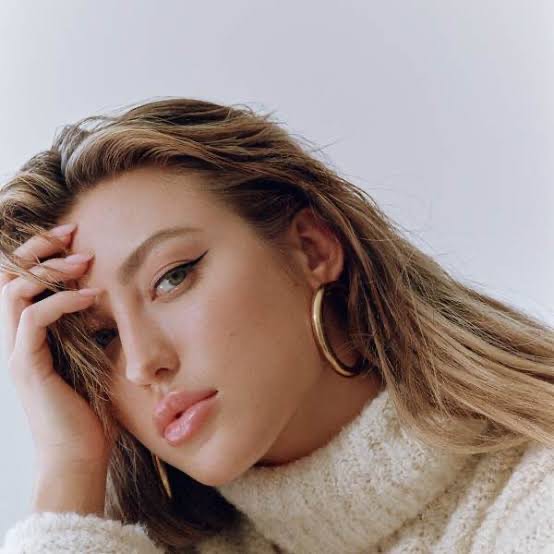 “Nothing looks more beautiful than a woman’s body”, Something Stefanie Gurzanski believes in and has been her motivation for posing in the skin. Doing photoshoot make her feel confident and powerful in her skin.
Born on 17th December 1994 in Ontario, Canada Stefanie Gurzanski is known for her modeling career and her influential Instagram account which is filled with her sensual pictures and exotic lifestyles. Followers find a lot of skin on her profile which she enjoys flaunting.

Stefanie Gurzanski grew up experimenting with different jobs but destiny wanted to be glamourous. Today an inspiration for millions of young girls grew with girls who were jealous of her beauty during high school. Her beauty was one of the reasons for not having close female friends rather she interacted mostly with guys who mostly were attracted to the same beauty girls were jealous of.

During high school at age 17 in January 2014, Stefanie Gurzanski’s modeling career started with her first photoshoot for “Playboy Plus” magazine in all skins. After this, she hasn’t looked back ever since. Her career has been reaching heights one can imagine.

Stefanie Gurzanski had several achievements to showcase. In March 2014 Playboy’s cybergirl of the month, In December 2016, for the Venezuelan issue of Playboy, she became playmate of the month. These achievements came with criticism from their peers and school administration during school days. When others might have quitted, Stefanie Gurzanski enjoyed showing her body which she believed to be the most beautiful thing in the world.

Stefanie Gurzanski has also appeared in movies and music videos. “Losing My Mind” by Lo Lytes was the first music video she was featured in. She has worked with high brands like vogue Elle cosmopolitan. Apart from her work, she is fanatic about seeing her works in prints.

Not only does Stefanie Gurzanski enjoys modeling but all the process associated with it. Either be seeing people’s reaction while she shoots in a public location, either be waiting for that perfect shot in busy locations, or either be spending time with girls before a walk. She enjoys all the excitement and rush that she gets in the process.

Stefanie Gurzansk is very particular about her fitness regime and diet. She follows a strict diet since the starting days of her modeling career. She turned vegan in 2010 and since 2013 her diet has been gluten-free. It’s not as easy as it sounds. It takes effort and determination to maintain such a diet. The gym is an essential part of her daily schedule. Although more than the gym, she enjoys pilates classes. Pilates is an effective way of attaining strength and flexibility.

Apart from Stefanie Gurzanski’s work in modeling and influencing people on Instagram through her mind-blowing jaw-dropping pictures, she is well known for her love for animals. Her love for dogs is so deep that she wants to open a shelter where she could take care of dogs that are on death row. Such activities are what make her special to her community on Instagram.

After all, only one thing looks more beautiful than a women’s body, and I.e. a woman with a good heart with a picture-perfect body.