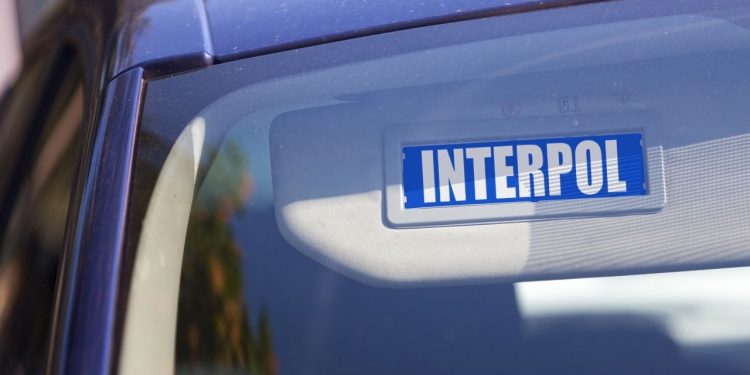 For years, Meng Hongwei stood as one of China’s most prominent police officials. Climbing the ranks to become Vice Minister of Public Security, in 2016, Mr Meng was elected China’s first president of the International Criminal Police Organisation (INTERPOL).

But he was not to remain in this position for long. In a startling move in October 2018, it was announced Mr Meng was under investigation on ‘suspicion of violating the law.’ A few hours later, Interpol revealed it had received Mr Meng’s resignation ‘with immediate effect.’

Meng Hongwei, who has admitted to his crimes, was found guilty of taking bribes worth more than $2 million and sentenced in 2020 to over thirteen years in prison by a court in Tianjin, a port city in northern China. His downfall served as a stark reminder that despite its reforms, Interpol remains vulnerable to manipulation by corrupt officials, authoritarian regimes, and human rights violators.

Interpol is supposed to play a critical role in fighting crime across international borders, promoting global cooperation among law enforcement agencies to make it less likely that criminals can escape their home nation’s justice systems. But in recent years, the body has faced increasing criticism that it is frequently abused by oppressive regimes in countries such as Russia, Turkey, Azerbaijan, Egypt, Iran, Venezuela, Tajikistan, and Uzbekistan.

Their weapon of choice? The Red Notice: an alert issued by Interpol to its 194 member states that a person is wanted for arrest and extradition. As the highest level of alert, those targeted face the risk of arrest if they travel across borders and have difficulties obtaining visas and opening bank accounts.

While Red Notices can be issued legitimately, Interpol’s processes are open to grave abuse by countries with a questionable commitment to, or even open contempt for, the rule of law. Drawing on flimsy or non-existent evidence, autocratic governments routinely use Red Notices for improper purposes. This is because Interpol has no effective mechanisms to prevent countries, or even individual prosecutors, from abusing its systems. As a highly critical report by Fair Trials International explains, Interpol assumes ‘red notices are requested in good faith’ and fails to scrutinise requests rigorously enough.

With an absence of oversight, notorious instances of Interpol misuse have emerged. One such example is Alexey Kharis’ arrest, which drew international attention when he was forced to spend 15 months in a US Immigration and Customs Enforcement detention centre on the basis of a ‘frivolous’ Interpol Red Notice issued by Russia. Similarly, the US businessman Bill Browder was arrested in Spain under a Russian arrest warrant in May 2018; the ‘sixth time that Russia has abused Interpol in my case’, Browder tweeted. Another Red Notice Alert issued by Russian authorities even went so far as to accuse the Chechen opposition leader Akhmed Zakayev of murdering someone who was still alive.

Red Notices are not only issued for illicit reasons but can also be improperly removed to prevent known criminals from facing justice. To achieve this, many have resorted to claiming allegations are politically motivated, even if this is entirely inaccurate. Drawing on an arsenal of high-quality lawyers, accountants, and bankers, among other professional enablers, a surprising number of known criminals manage to utilise the connections at their disposal to clear their names.

For example, Jordanian businessman Mr Almhairat, who was accused of money laundering for Hezbollah and smuggling precious stones out of the DRC, instructed a leading London law firm to successfully challenge the Red Notice alert issued for his arrest and extradition to Saudi Arabia.

Yet Mr Almhairat is hardly the only person to have utilised professional enablers to remove an Interpol arrest warrant. The Ananyev brothers also did the same. Accused of money laundering and embezzlement to the tune of around $1.6 billion, which included defrauding hundreds of ordinary Russians out of their life savings by selling defunct guaranteed loan notes through their bank Promsvyazbank (PSB), the Ananyev brothers were arrested in absentia by the Russian authorities in 2017 and placed on Interpol’s International Wanted List.

Yet, in a peculiar turn of events, one of the fugitive brothers, Alexei, was able to return to Russia in January 2018, despite the fact he remained the subject of an Interpol Red Notice. If the international policing system was functioning correctly, Alexei would have been intercepted at the border and most likely arrested.

The flawed nature of Interpol’s International Wanted List only becomes more apparent as the Ananyev case unfolds. Indeed, in 2020, the fugitive brothers, who are among the largest sponsors of the Russian Orthodox Church, managed to remove themselves from Interpol’s Wanted List following a spurious complaint by the brothers’ lawyer that the allegations against them were politically motivated. This serves as one of several examples of the extreme lengths the Ananyev brothers have resorted to avoid extradition and prison, having previously become embroiled in Cyprus’s golden passport scandal and hidden assets in spaghetti-structured offshore companies.

Time now appears to be running out for the Ananyev brothers, with the pair currently on trial in Switzerland following a string of international lawsuits brought by former clients of PSB. Yet, the flimsy role of Interpol’s Red Notice in this case speaks to the highly flawed nature of the international policing system, which can be readily manipulated to help fraudsters and other criminals evade or delay justice.

In recent years, Interpol has sought to rein in this litany of abuse, introducing a strengthened review process and an appeals body for those targeted with Red Notices. Nonetheless, its systems remain synonymous with misuse and corruption, with the Council of Europe growing sufficiently alarmed that it has even appointed a special rapporteur on the subject.

In light of the numerous instances where Interpol’s Red Notice system has failed to meet international judicial standards, it is clear global law-enforcement cooperation is a fine thing when it helps to apprehend legitimate criminals trying to evade justice. But ultimately, Interpol’s Red Notice system fails to prove fit for purpose, more often hindering rather than advancing the course of justice.

Promote Your Mental Wellness With These 7.5 Tips From Dr. V