The Brains Behind the Biz: Q & A With Dr. Jay Feldman and Scott Bartnick at Otter Public Relations 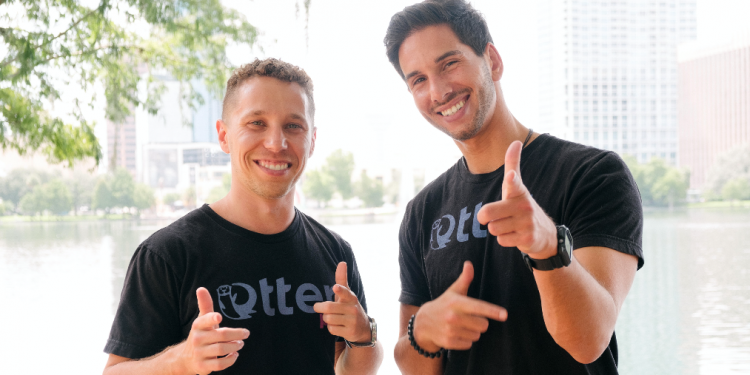 The year 2020 has been a whirlwind for everyone. Barely into the third month, everyone’s lives changed forever. But this whirlwind has shaped-up to be a pretty fantastic adventure for Dr. Jay Feldman and Scott Bartnick, the ‘brains behind the biz’ at Otter Public Relations.

OtterPR is a COVID-19 era start-up that’s ‘killing it’ despite the challenging times. Based in Orlando, Florida, this innovative public relations firm has a couple of unorthodox leaders who cannot claim public relations as their expertise — until now.

Dr. Jay Feldman, an osteopathic doctor, and Scott Bartnick, an eCommerce specialist, were both toying with the idea of starting-up a public relations firm when they finally took the leap to create Otter PR.  The following Q & A session illustrates their inspiring journey at the helm of a stand-out firm doing its part to generate new businesses in the most dire times.

The COVID-19 shut down brought some pretty dark times for businesses in this country, and you were both heavily invested in the business sector. You had to be mentally frazzled, trying to figure things out. So, what was that moment like when you decided, “Yes, we’re doing this…we’re starting a PR firm”?

We actually started building Otter PR before we saw the pandemic coming, but we weren’t fully invested. It was more of a side project that we were passionate about and saw potential in at that point. The shutdown, however, accelerated the process. Jay and I both run e-commerce businesses, and we took particular notice when the shutdown severely affected Asia. At about that same time, we were looking into other business revenues. We’re both very talented at PR and had a great network, so we started pursuing the adventure more diligently. Once the shutdown happened, we realized that we were in major cash flow issues. We had to double-down on the service and focus on our PR. We brought on some experts and purchased a small PR firm, and we were able to take advantage of their years of experience. And from there, it’s kind of history. They taught us what we needed to know. We combined our digital marketing skills and branding to create our PR, and we did a huge push during the shutdown. While things did get scary the first few months, we just continued to grow, and we were able to take advantage of the economic downturn. By hiring outstanding talent at an affordable price, we were able to push forward. The bottom line is this — we made it as a team, and the team will be greatly rewarded for their efforts. It’s been a win-win for everyone, and we’re excited to see where this goes in the next couple of months.

Once up and going, how did things pan out in the early days?

OtterPR is Jay’s brainchild. He had some PR issues, and he was starting to look into PR and how to maximize his brand. He decided to start following his passion, and from there, we dived in once we saw the opportunity. This was about the beginning of the year. I believe we had our first client for about $500 very early in the year — we barely had our website up. At this point, we did everything in-house by the bootstraps. I was doing some of the PR, and  Jay was doing some PR, and we were also selling. Most of all, we were just figuring things out. The good thing is we were so affordable that people were patient with us. I think we were charging less than a tenth of what the competition was pitching. I mean, we knew no one had the money to afford high prices, so we had an advantage over established firms. We were dedicated and passionate, and it showed. We got results, and word got around. So, here we are. 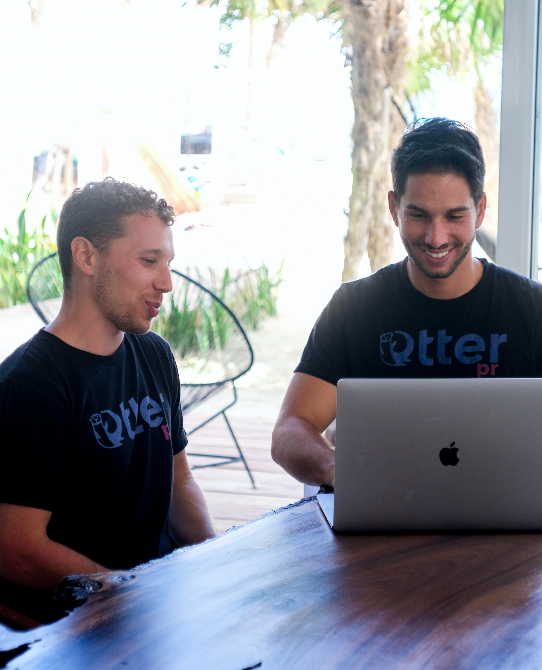 I think the magnitude of what we were doing hit home when we got client coverage in Forbes and the New York Times. It showcased that we are a real PR company and excellent at what we do. From there, it’s been case study after case study. We’ve had the ability to grow and sell, and now we’re up to almost 30 employees or contractors and hope to continue to grow.

What is your company’s mission?

I would say our mission is to help small to medium-sized businesses get their word out there. As entrepreneurs, I think our goal is really to help other entrepreneurs share their brand and build a business. Business doesn’t have to be a nine-to-five grind. It should be a passion — something you love and that you own. That’s always been my passion for myself. And every step of the way, when I’ve succeeded or learned something, I’ve tried to give it back to other people. This is the whole point of OtterPR.

What are some of your biggest “Oh yea!” moments so far?

What are some of the biggest ‘oh yeah’ moments so far?  Hum… There’s been so many! I think that there’s a huge advantage that Jay and I both did marketing companies separately that were similar models. That being said, Otter PR in itself was an ‘Oh Yea’ moment, just realizing that there was a more effective way to do some marketing than what we were doing. So just the existence of the company itself is a defining moment. Then hiring the right people, and honestly, letting some of the wrong people for our brand go has been a phenomenal advantage. There are unfortunate internal steps all businesses need to take to hit their mark. I don’t think anyone’s swinging for the fences here. We’re just trying to improve the business one step at a time.

What’s one accomplishment you want to lockdown that you haven’t achieved yet?

I think a reasonable accomplishment would be growing to 10x the business from where we are right now. This is probably a two-year goal, maybe even a year if we’re lucky. For me, it’s just continuing to build my brand and the business. It’s vital to both Jay and I that everyone in the company is successful and happy and exudes a positive culture for our clients. Our goal is to help them build their empires or businesses. Along the way, we also want everyone we work with to be successful and live a great lifestyle that fulfills their passions.

Why do you think OtterPR has been so successful?

I think OtterPR has been successful because we’re unique in the fact that we weren’t founded by PR experts. Neither Jay nor I studied PR. I’m an engineer, and he’s a doctor. We came to this project with similar goals but different perspectives. We’re doing everything based on what we want and expect a PR firm to do for our businesses. What’s pretty unique is we’re entrepreneurs, and we come at this business with that mentality. We want to help other entrepreneurs. We developed this firm to help people just like us.

Can You Change the World in 60 Minutes?