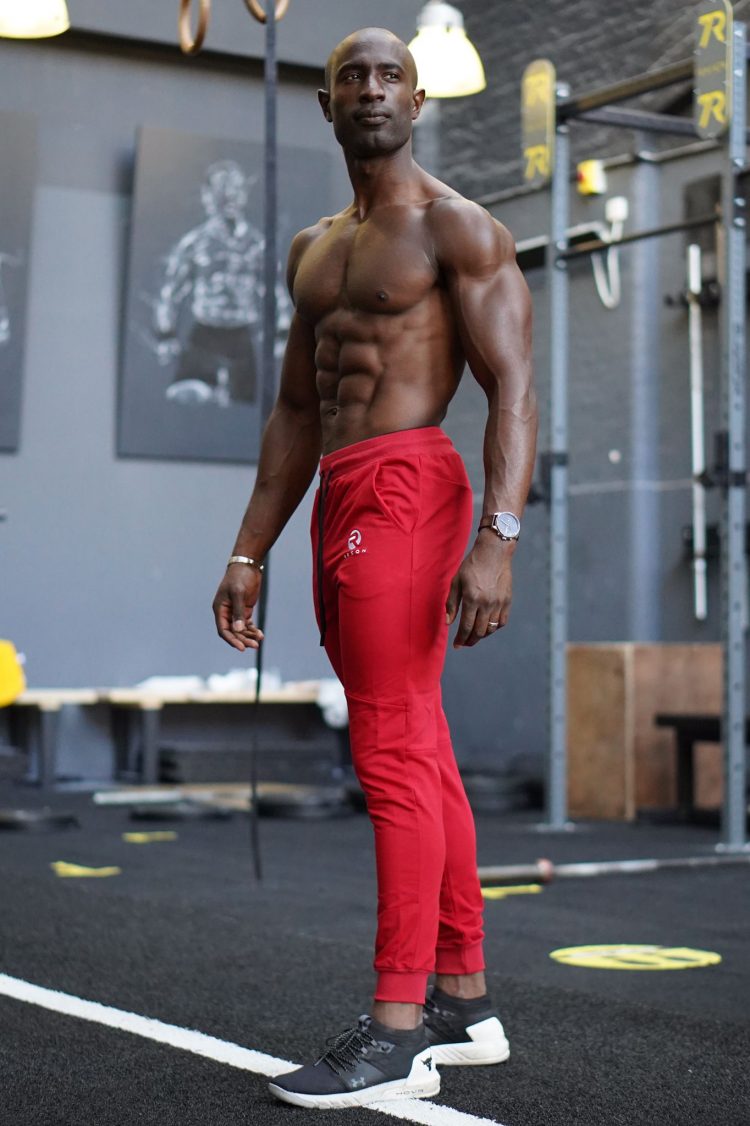 Strength and growth come only through continuous effort and struggle. Life is essentially a cheat and its conditions are those of defeat; the redeeming things are not happiness and pleasure but the deeper satisfactions that come out of struggle. Each and every person has to face difficulties in achieving their goals. Once a wise man said “an inspiring story remains an inspiring story” and here we have one.

Youssouf, 37, graduated from a Masters degree in Computer Science and has been working in Investment Banking as Software Developer for 15 years. Developer by day, he is also a L3 Personal Trainer by night.

His strength, agility and flexibility are second to none: he can do the middle splits, placed 3rd in MuscleMania London competition in both Modelling and Physique categories and finally has completed multiple 100-mile races under the 4 hours mark.

Once Walter: Elliot said that “Perseverance is not a long race; it is many short races one after the other”. Youssouf‘s journey has been a  huge inspiration to all the people out there.

He has worked really hard to achieve the heights and be the best version of himself.

Here’s what he has to say:

“You are probably wondering what I am looking at in that cover picture? I am looking at the OLD me and how I got to the NEW me. I was an average guy with an average body, living an average 9 to 5 life. At the time I was struggling with sleep, general health, nutrition and pretty much life in general. I spent most of my day on caffeine as a result of sleep deprivation. That made me feel miserable and no self-worth to society.

They say “mistakes are only worth to those who are willing to learn from them”. Fast forward 1 year from this point, I win 3rd place in the UK National 2016 MuscleMania competition. I still question myself, how did I even do it ?

Well, at my lowest point, I made myself the promise to revolve my life around my mental and physical health. Here I am 7 years later in the best shape of my life and running a successful online coaching business.
They say the mirror is a reflection of who we are… But the mirror should be the reflection of the vision of who you want to be.

During my teenage years, I used to be athletic mainly playing football. I never really aimed to be professional or compete in the Olympics either. I still remember my “100 push-ups a day” challenge I set myself years back. I would wake up at 5 am in the morning, perform the 100 golden reps as quick as I could, have breakfast and make my way to work. That was all I was doing at the time.

I got bored and decided to spice things up a bit, so I started kung fu where I was inspired to learn how to do the side splits which I ended up achieving. It just was not enough so I signed up to my first gym to pack on some muscles. On my induction day, I spotted these pull-ups bars but did not pay much attention to them. Fast forward few weeks and plenty of free weights sessions, I decided to give pull-ups a try as finisher. I had no expectations and surprisingly managed to get eight clean reps. My Calisthenics journey had started…

I became obsessed and would eat push-ups for breakfast, dips for lunch and pull-ups for dinner to seal the day. I wanted to get big and ripped. My training sessions became very intense, sometimes filled with 500+ reps until I could not lift myself anymore. I started with my bodyweight then quickly added extra weight. I invented my own “killer sets”, they got me ripped.

Cycling has also been playing a big part in my life: cycling to and back from work had the miles piled up and added to the definition of my body. I would perform HIIT sessions where I would go all out for 30 seconds, recover another 30 seconds and repeat the process up to 20 times. I usually would not be able to speak clearly for minutes after stepping off the bike.

Calisthenics and Cardio just did the work for me. It took blood, sweat and tears. I have implemented my own methods to get to the top. I had finally got my head around the concept that an healthy mind creates the synergy to an healthy body. It did not mean much to me when I first read it until getting the balance right on a daily basis was the catalyst to my personal growth and success.

At that time, I got to the best shape of my life and decided to take part in my first official competition at MuscleMania UK. I signed up for fun, next thing you know I placed 3rd in both Physique and Modelling categories.

When I look at myself in the mirror, what do I see now ? Imagine waking up each day, looking in the mirror and feeling proud of what and who you see. Imagine how great you would feel when others wished they had started their transformation. But YOU have already transformed.