Things you should know before climbing Kilimanjaro 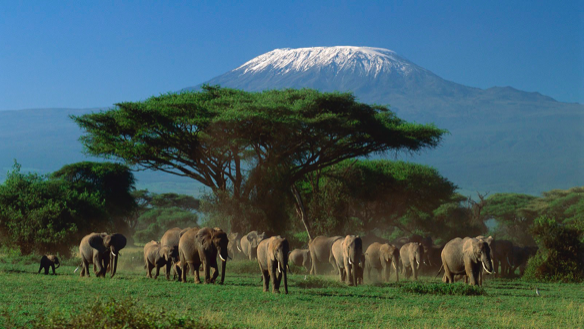 Kilimanjaro, one of the most popular and sought-after treks in the world, is also known to have claimed a significant enough number of lives to warrant careful planning and considerations. There are certain things that you ought to know before committing to the long climb up the tallest free-standing mountain in the world, so with that in mind, here are some things that you need to hear before making the climb up Kilimanjaro.

Mount Kilimanjaro has 8 routes – six of these are used for ascending, and the other two for descending. What you need to keep in mind here is that choosing your route appropriately will be vital. Too long a route, and you’ll find yourself out of stamina and tiring out to a possibly dangerous degree by the end of it. Too short a route, and you’ll find yourself struggling to adapt to the more rapid changes in altitude – the leading cause of many cases of altitude sickness, which also happens to be the most common cause of death on the mountain.

How do you choose which route to take? Well, the best way to decide on this is to get a medical check-up. It’s recommended that you undergo some general training (such as running, swimming, hiking, etc) for between 3-6 months prior to your ascent up the mountain. It’s during this training period where you can get the medical check-up, and a doctor can best assess your condition. Once that’s confirmed, knowing the exact state of your condition can help you in the decision-making process.

It’s also a general recommendation that you don’t choose any routes that are too short, or indeed too long. The 8-10 day treks ought to suffice for just about any average climber.

Africa is a hot country, that much anybody can know. It’s very simple knowledge, but the simplicity of it is what’s dangerous, as it can turn many people away from the suggestion of bringing long-sleeved or warmer clothing along. Why would you, in Africa of all continents? But if you’re climbing up Kilimanjaro, then those warmer clothes will be more than necessary, as the summit is a cold one.

You needn’t bring anything more than a longer sleeved top and maybe a hat that keeps your ears warm, but choosing to bring nothing in preparation for these factors is a mistake that more than a few people have made.

The altitude is your greatest enemy

As mentioned before, altitude sickness is the biggest killer on Mount Kilimanjaro, and it’s something to be very aware of. Even the most skilled and experienced hikers can suffer from the changing altitude, and as such, it’s likely that you’ll experience headaches whilst on the way up.

You won’t need to bring any oxygen supplies, as they’re rarely necessary, but you need to give your body enough time to adjust to the changing altitude. You’re likely to feel that adjustment with your whole body, and it may be tough, but it’s something you’ll need to get through.

If you find you’re feeling dizzy or have a light headache on the way up – don’t ignore it. Make sure somebody -preferably your guide- is made aware of it. These kinds of headaches are common on a trip up the mountain, and thus, your guide will know best what to do. With that in mind, it’s also important to know the next point…

Your choice of guides is important

Don’t even think about attempting to climb Kilimanjaro without one. Not only is it dangerous to go it alone, but it’s also illegal. And so, it’s important to know which guide is the best for you on your ascent up the mountain.

There happen to be a large number of agencies offering trips up the mountain, and I do mean a lot. As such, it’s important that you know never to settle for the cheapest agency available. The cheaper the agency, the lower the quality of the guide, equipment, and general professionalism of those who you’re putting your life in the hands of. And the Kilimanjaro climb is not an appropriate one in which to risk your wellbeing. If you’re Looking for a guiding company, Climbing Kilimanjaro comes highly recommended by travel guides. They prioritize safety, good treatment of their mountain crew and are environmentally responsible.

Just about every tour company pays a fee to the government of Tanzania, of around $800-$850. Anything cheaper than this sort of price range ought to be treated as suspicious, and nothing less. A company with a price range of the low-mid thousands, with a fine number of reviews and good quality equipment should be your main considerations. Note that not all of these guide agencies will be the same, or offer the same services, but the same basic needs should always be met.

Don’t buy cheap equipment. Collapsible walking sticks can be a great help, but cheap ones will break fast, and seeing as littering is not permitted on the mountain, that means you’ll have to carry them with you despite their broken state. Cheap equipment of any kind is unrecommended – cheap shoes least of all. You’ll spend most of your days walking, so if there was ever a time to empty your wallet for the sake of great quality, comfortable hiking shoes, it’d be this one.

Not much else can be said than that. These are only some of the things you ought to know before making your trek up the mountain. Knowing these things could save you a lot of time, and provide good comfort. But that’s only as long as you keep them in mind. Do that, and you’re sure to have a safe and adventurous journey up Mount Kilimanjaro.