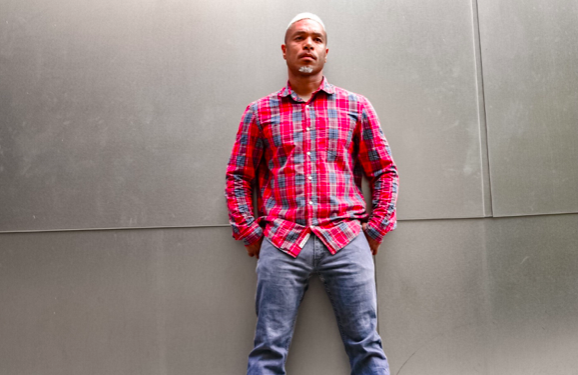 The outbreak of COVID-19 has turned into a global pandemic. The countries that were able to fight the rising cases of infections and flatten the curve are observing an increase in the numbers, again. It has hit the world hard. Not only has it crushed the global economy, but it has also forced people into mental instability.

Being locked up inside their homes, with all public destinations, including restaurants, cafes, coffee shops, parks, and libraries closed, people are now starting to lose their sanity. While the COVID-19 cases are increasing, a rise in psychological problems is also observed.

In this situation, where people all around the world are losing hope, and none of the motivational speeches are working to lift the crushed morale, there is a need to bring them back to life. While going out is not an option here, there is one man who is thinking out of the box.

TR3AL, a rising sensation in dance music, is working to help his fans and others come back to life by attending his live show, virtually. Nothing can be said about when the world will resume its normal functioning, and real-life events would again become a thing. Till that time, the concept of virtual live events is how things will have to work. TR3AL has adopted this practice and is working on his laser show, a unique performance that has helped him establish a prominent identity across the globe.

The show is expected to take place in November 2020, and the announcement is coming soon. Stuck individuals cannot enjoy a real-life concert, but they can surely be a part of virtual performance.

During a time of intense struggle, it is people like TR3AL who are instilling hope in the lives of people who have given up and are losing their sanity. Not only is TR3AL preparing for a virtual concert, but he has also launched a song, dedicated to the ‘Quarantine Life.’

The dance music sensation, who is packed with full energy, is determined to make the lives of his lovers and fans amazing even during this dull era. The song that he has released on July 3, 2020, has been titled “Quarantune.” The title is unique and perfectly aligns with the situation. He used his time in quarantine to work on his music, and this was when he decided to launch this track.

TR3AL is also working on his EP, “My Story.” No date has been announced for the release of this album, but “Quarantune,” is the first single from his album. When the preview for this track was dropped, it pumped up energy into TR3AL fans, and everyone was eager to listen to this song. The release of this track received an overwhelmingly positive response, not only from his fans but from all music lovers.

Launching a Record Label – Strengthening Position in the Music World

The Californian dance music and electronic music enthusiast was always fond of music. Since he was a child, music helped him gain composure. TIESTO, a worldwide known Dutch DJ, who revolutionized the world of EDM, helped TR3AL develop a love for this genre.

Growing up listening to TIESTO, Steve Aoki, and Don Diablo, TR3AL, birth name Terrel Williams, decided to make his own music. It was these top DJs that helped the aspiring EDM star realize the need to create his own music to gain a stable ground in the music world.

In just a short time, TR3AL was able to rise to a global EDM star from performing at gigs in local clubs. Not only did he work on his unique craft, but he also distinguished himself from all other EDM stars through his one-of-a-kind laser show.

His track, “Forever,” released on March 27, 2019, helped him establish a strong and positive reputation in dance music. It was a track that was created for all types of listeners. People were able to listen to this track while enjoying it peacefully at home, having fun at a pool party, or while driving.

To strengthen his position further, he launched his record label, “XPERIENCE R3AL R3CORDS.” It was a major milestone in his career. He used his record label to release his single, “Oh Yeah.” Just like his previous tracks, even this proved to be a hit among EDM lovers.

Born in Santa Clara, California, the 37-year-old EDM rising star, is taking the industry by a storm, not only because of his elite music skills but also the way he is thinking for his fans. While working on his craft during quarantine, he has realized the importance of mental health, and through his tracks and virtual concert, he wants to help his fans regain some stability and return to their lives.

The Rise of Kratom’s Popularity