US Military: China will be Their ‘Primary Challenge’ for Several Decades 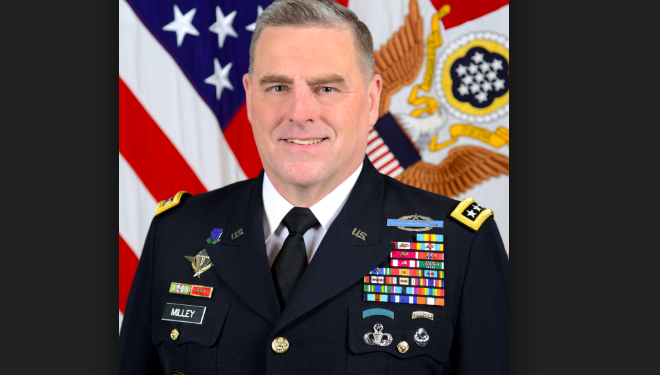 The candidate for the post of the chairman of the Joint Chiefs of Staff – US Military is likely to be decided in a couple of weeks.

President Donald Trump’s nominee for the chairman – General Mark Milley, who at present is holding the position of Army Chief of Staff, threatens that China will remain to be the “primary challenge” to the military of United States for probably as long as a century.

A confirmation hearing was held before the Senate Armed Services Committee where General Mark Milley was questioned by a couple of senators like Sen. Tim Kaine of Virginia and Sen. David Perdue of Georgia to name a few who raised questions on China.

In his response, Milley said, “China has been watching them very closely right from the First Gulf War and then the Second Gulf War. They did observe our capabilities and in a couple of ways have tried to adopt many of the doctrines and organizations.”

Milley further added that “China is day by day trying to improvise their military rapidly in space, air, cyber, maritime and land domains. China is outspending us in research, development and procurement as well. United States should ensure that they do not lose their advantages that they have as compared to other countries especially China.” According to Milley, China is not an enemy of United States but it is their top competitor.

If confirmed, Milley will succeed outgoing chairman of the Joint Chiefs – Gen. Joseph Dunford. He would then become the highest-ranking military officer in the United States and also principal military adviser to the President. This transition would occur only when a variety of geopolitical challenges are faced by the Trump administration. This would include the on going expansion of Chinese military power which is currently seen in areas such as the South China Sea.

Last December Milley was tapped by Trump to be next chairman of the Joint Chiefs. In his service Milley has commanded units with the 10th Mountain Division and the 101st Airborne. He has also served multiple combat tours in Iraq and Afghanistan and helped in overseeing the army’s transition away from large-scale counterinsurgency campaigns.

Inpixon Completes the Acquisition and Licensing of Portfolio of GPS Technologies