Was Tiger Roll’s Cross Country success last year the end of an era? 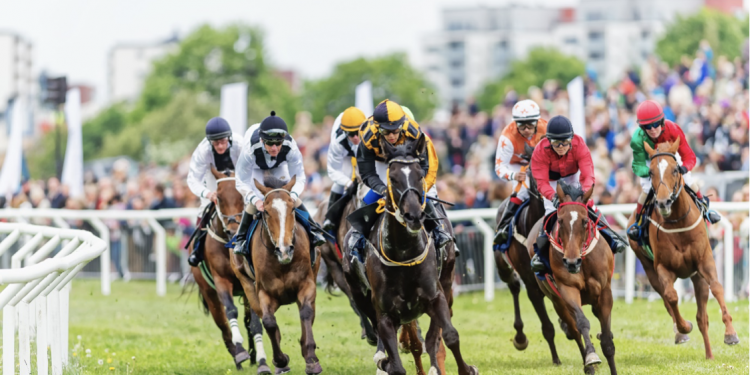 “The secret to Tiger Roll seems to be there’s no distance too far and the further he goes the better he is. I thought he had no chance today because he’s really a good-ground horse. He’s only a small horse, he’s a little rat of a thing, but he’s got a heart of a lion.”

Michael O’Leary is a man that knows his horse racing, and for him to sing the praises of Tiger Roll, even back in 2018 when the owner was unaware of how much he would go on to achieve, certainly cements his status as a legend.

It does seem worn out though — legend. The term ‘legend’ gets tossed around far too frequently in sport. What really makes a legend? Perhaps in terms of horse racing, it’s the legacy they leave behind, the prize money they’ve accumulated, the manner in which they’ve cruised to victories — maybe it’s even a combination of all three. Regardless of what category you’d define one as, Tiger Roll certainly fits the billing.

As he approaches the Cheltenham Festival, an event which takes place just days after his 13th birthday, we see Gordon Elliott’s icon head to Prestbury Park in the twilight of the diminutive champion’s career. It’s potentially the last time we see the stalwart take to the track, having built a legacy on the pristine green of Gloucestershire grass.

Many believed last year was the autumn of his Cheltenham dynasty when he won the Cross Country Chase, but it looks like one last dance is on the cards, in the hopes of upsetting all Cheltenham Offers in one last go at this year’s Festival. Read on, as we look at the legacy of Tiger Roll, his success last year and what the future holds for the Gigginstown House’s star.

With so many talented horses taking to the track each year at Cheltenham it’s hard to stand out from the rest and really garner a reputation unless you’re consistently winning. Fortunately, wins were hardly in short supply during the peak of Tiger Roll’s powers. Heading into this year’s Festival, the 12-year-old boats five victories to his name — with the Cross Country Chase essentially his bread and butter at this point.

Since being initiated in 2005, when the Festival added a fourth day to its schedule, meaning six races would take place each day, Tiger Roll has enjoyed a period of domination in recent times, winning consecutively in 2018 and 2019, as well as last year. The unique strands of Bay dashed passed everyone in his path as Tiger Roll picked up a first victory in the Grade One Triumph Hurdle. On top of this, a win in the National Hunt Chase under Lisa O’Neill not only gave Elliott a remarkable treble that year, but really established the powerful steeplechase runner as one of the best in the business for his generation.

You could say it’s a big achievement coming into Cheltenham on the back of five defeats to win on the biggest stage, but even that is a massive understatement. In the midst of Elliot’s six-month ban, Denise Foster stepped up to the billing, and alongside Keith Donoghue, we saw a performance that rolled back the years as Tiger Roll clinched a fifth Festival victory in the Cross Country Chase.

It was a valiant performance, worthy of any title as the then 11-year-old saw off the likes of Easysland and Some Neck even when approaching a veteran status as he added to his plethora of wins.

It would have felt strange to win behind closed doors though, with the coronavirus pandemic meaning the Festival would be without spectators in the stands. With the 2020 event deemed a mass spreader for the virus, coming just weeks before the country’s first national lockdown, the deafening silence of empty tracks is something no one would want to be accustom to, and it’s great that a potential last hurrah can be witnessed by the masses.

With the news that Tiger Roll won’t be racing in the Grand National, Cheltenham realistically looks like the last chance to catch the legend in action. Despite his older age he still has a decent chance of winning consecutive Cross Country Chases, but considering his 14th-place finish in the Handicap Hurdle at Navan and that the likes of Ajas and Guillaume Macaire’s French six-year-old Prengarde will be present, victory will certainly be no guarantee.

It means retirement after Cheltenham is a real possibility. O’Leary spoke furiously about how the weights for the Grand National were unfair, and that he won’t be entering his prized asset, which must be bitterly disappointing as he had a shot at equalling the record of wins in the prestigious Aintree race — needing three to draw level with Red Rum, who dominated his own era in the 1970s.

“Tiger Roll is now 12. He is clearly not as good as he was at eight or nine, yet the UK handicapper now rates him 2lb higher than his 159 rating in April 2019, when he won both the Boyne Hurdle and the Grand National.

“This rating is absurd and unfair on a 12-year-old chaser.” He said: “It is a pity that the handicapper won’t give Tiger Roll either a fair rating or a fair weight in the Grand National, where he could at least try to emulate Red Rum’s three Grand National wins.”

Whoever Tiger Roll passes the proverbial torch on to, he’ll be remembered as a true Cheltenham great and a horse that will be remembered in the history books for a very long time.