Why Doped Graphene Is the Key to Neutrino Energy Solutions 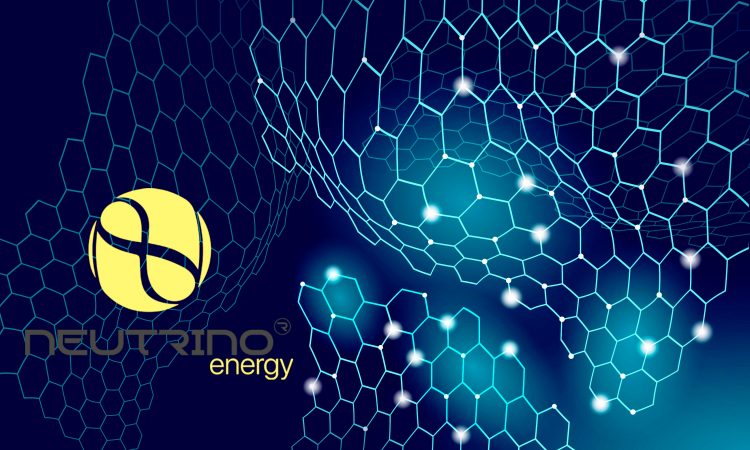 Long doubted or even ridiculed for his steadfast belief in the energy-production potential of neutrinos, Neutrino Energy Group founder and CEO Holger Thorsten Schubart has recently proved the everyday practicality of his seemingly otherworldly neutrinovoltaic technologies. At the center of the neutrino energy revolution is doped graphene, a unique nanomaterial that amplifies the energy carried by invisible particles.

Together, the infinitesimal mass of neutrinos and the unexpected behavior of graphene are making neutrino-derived electricity a reality. Learn what doped graphene is, and find out how the Neutrino Energy Group is using this innovative substance to pioneer a new future of sustainable energy production.

What Is Neutrino Energy?

Neutrino energy is electrical energy derived from not only neutrinos. In 2015, scientists received the Nobel Prize in Physics for the discovery that neutrinos have mass. This discovery paved the way toward the practical applications of neutrino energy Schubart and his team have devised.

While incredibly abundant, neutrinos are ethereal. They do not interact with most forms of matter, and they stream through us and everything around us by the trillions during every moment of every day.

With the discovery that neutrinos have mass, using these “ghost particles” as energy sources became theoretically feasible. Since 2015, Schubart and the Neutrino Energy Group have repeatedly demonstrated that usable amounts of electricity can be derived from the vicinity.

What Is Doped Graphene?

Graphene is the key component in the Neutrino Energy Group’s unique neutrinovoltaic nanomaterials. Due to its ultra-thin crystal lattice structure, graphene forms waves when it is impacted by any type of radiation. This kinetic wave motion can then be captured and transformed into electricity.

How Does Graphene Capture Neutrino Energy?

Neutrinos cannot be seen or felt, and they pass through most objects without leaving behind any indication of their presence. Since graphene is only one atom thick, however, it is affected by electromagnetic forces that do not impact other types of materials. Graphene is one of the only materials in existence that is affected by the motion of neutrinos.

When neutrinos and other invisible radiation pass through graphene, they alter the amplitude and vibration of the individual carbon atoms that have formed into a graphene lattice. These amplitudinal and vibratory alterations cause the carbon atoms to move in a pattern known as “oblique scattering.”

A Neutrino Ripple in a Graphene Pond

To provide an idea of how neutrinos affect graphene, let’s use the metaphor of throwing a stone into a pond. Before the stone enters the water, the surface of the pond is flat and calm.

The moment the stone breaks through the water’s surface, however, ripples start forming outwardly from the point of impact. If it were possible to capture the motion of these ripples as they reach the shore, the kinetic energy of the ripples could be converted into electricity.

While there are important differences, the same basic principles apply in the case of doped graphene and neutrinos. Each neutrino that strikes the unique graphene-based nanomaterial developed by the Neutrino Energy Group causes a “ripple.”

The kinetic energy of this “ripple” is then captured and converted into electricity. Since each neutrino only produces a very small “ripple,” the amount of energy produced by individual neutrino impacts is almost immeasurably small.

Keep in mind, however, that neutrinos are the most abundant particles in the universe even if they’re invisible and seemingly immaterial. Also, neutrinos are not the only types of radiation that the Neutrino Energy Group’s neutrinovoltaic devices can capture.

Graphene Is Abundant and Inexpensive

Neutrinovoltaic electricity generation is desirable for a wide variety of reasons. Since neutrinos are constantly striking the Earth, for instance, neutrino-generated electricity can be produced continuously regardless of the presence of sunlight or other environmental conditions.

It’s also possible to place neutrinovoltaic energy generators underground, underwater, or inside of buildings. In the future, Holger Thorsten Schubart expects that neutrinovoltaic devices will be deployed in every home, decentralizing electricity production and reducing reliance on the fossil- fuel electrical grid.

Perhaps most importantly, production of neutrinovoltaic devices uses abundant materials that are easy to acquire. Windmills are massive edifices that incorporate massive amounts of aluminum, steel, and other materials, and photovoltaic cells can only be produced using rare minerals that must be mined.

Carbon, however, is one of the most abundant substances on the Earth, and the other primary component of neutrinovoltaic devices is silicon, which is also remarkably abundant. As a result, experts suggest that producing neutrino-generated electricity will cost 50 percent less than the production of photovoltaic electricity.

The Neutrino Energy Group Is a Team Effort

Based not only in Berlin, Germany, the Neutrino Energy Group is nonetheless a cooperative endeavor composed of researchers in Europe, the United States, India, and many other nations around the world. Each component of this international research initiative contributes something unique to the neutrinovoltaic puzzle, and the progress the Neutrino Energy Group has achieved so far would not have been possible without the unflagging cooperation of engineers, scientists, and researchers from a diverse array of backgrounds.

For decades to come, 2020 will be remembered as the year of the neutrino. The Neutrino Energy Group is inching ever-closer toward the development of consumer-level neutrino energy devices, and it’s only a matter of time until this unprecedented organization’s tireless teamwork delivers results that will permanently change the world for the better.