The shutters may still be down, but the travel industry needs to ready itself for a new consumer landscape, says Adam Kliebert, the luxury-travel social-media veteran 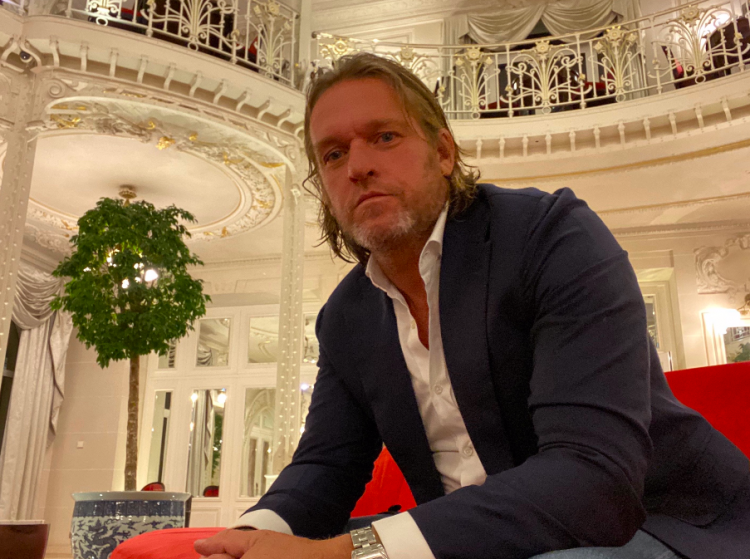 It mightn’t feel like it at first glance, but the pandemic has provided an opportunity for many travel destinations. A chance to stop and recalibrate is rarely afforded in the cut and thrust of everyday business, whether you’re at the affordable end of the scale or the most lavish.

Places gain reputations over time. It often happens organically, without much in the way of forethought or planning. People tend to visit Vienna for its culture, for example, whereas Prague has long had a reputation as a party venue. It’s no surprise that the Czech capital’s tourist board has seized upon this hiatus as an opportunity to attract a different type of visitor. It has harnessed social media to reshape its image, so that some of the eight million people it attracts each year come for the architecture rather than the pilsner.

Megacities like London, New York and Tokyo have been a major global draw for decades. As has the nightlife in places like Amsterdam, Ibiza Town and Bangkok. But these places, too, will be reconsidering how they should entice the consumers who once sought them out for the crowds and the buzz. Many of these people are likely to value more space and a contactless environment.

But how do you shift long-standing attitudes towards a destination? Or persuade people that a particular location is a genuinely safe proposition? And how do you convince them that any new safety measures that have been put in place won’t impact negatively on their experience?

Texan-born Ukraine, Bali resident Adam Kliebert has been moving around the world for many years now, initially as a model, and more recently as an international luxury property developer. His travels have brought him into contact with some of the most luxurious destinations on the planet. And he has put down roots in many foreign climes, from Tokyo to Bali, Ibiza to Odessa.

“At first I simply enjoyed recording my experiences as I travelled around the world visiting new places, meeting new people, enjoying new cultures, whether for business or pleasure. But I quickly learned as my following grew into the multiple thousands that people really enjoyed my unique perspective. I’m into exploring the natural world and seeking out amazing vistas. I love meeting people, and the property developer in me enjoys taking in great architecture and absorbing local heritage,” says Kliebert.

“I’ve also stayed at some of the most luxurious places on the planet and am happy moving in those circles. I have a real appreciation for different cultures, food and customs. And it’s all delivered with a healthy dose of Texan honesty. But if you respect everyone around you and remember that you’re the visitor, you’ll always have the best time.”

Kliebert’s approach and his collaborations with operators of all kinds in the luxury travel sector have proved so successful because they achieve cut-through and circumnavigate more predictable means of communication.

Glossy brochures, whether digital or print, are by definition out of date as soon as they’re created. How can you compare a staged, albeit costly and professional photograph with the visceral vibe of a snapshot taken in the moment?

“Increasingly folks want to see something real,” says Kliebert. “People are smart, they do their research and they know a staged marketing ploy when they see one.”

In the luxury sector social media has an especially important role. Where advertising will get your location, hotel, restaurant, etc, in front of a larger audience, influencers will take you somewhere more targeted and niche – and ultimately more valuable.

“People have chosen to follow me, and trust and familiarity have been built over time,” says Kliebert. “Humans are more likely to engage with content if it’s coming from someone they’ve actively chosen to connect with. A social media user will stick with me because they like what I have to say. So when I share something about a destination, or hotel, or beach, or club, my followers know it’s not a cynical ploy and they want to listen.”

Which is particularly powerful in the current landscape, as countries and tourism boards look to persuade potential travellers that their destinations are safe – and amazing to visit.

Right now, it’s still illegal to travel for most of us, but as the vaccination programme rolls out around the world we can look forward to a more mobile future. Rather than sitting and waiting for the green light, businesses and operators in the travel and tourism sector would do well to consider new routes to consumers.

People are excited and are making plans in anticipation of being able to get up and go again. But there needs to be a degree of hand-holding as they navigate a different, less-safe-feeling world. Social media, and trusted travel advocates, could be the essential line of communication that gets the industry back on its feet again.

Online Gambling and Cryptos– Do They Encourage Trying Non-GamStop Casinos?