Why Terrance McMahon is the Name to Know 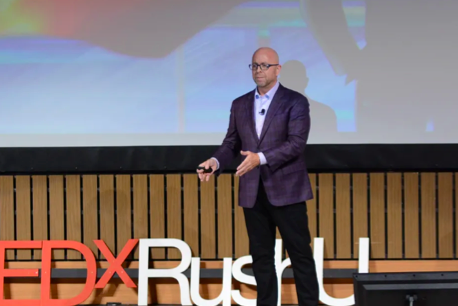 Terrance McMahon is a name you probably already know if you’re familiar with the real big names in the financial sector. If not you’ve probably heard or seen him present a motivational speech. And if you are one of the few who still haven’t encountered the genius of this globally acclaimed finance expert and motivational guru, it is only a matter of time before you see for yourself.

Why is his name so popular? Well to put it quite simply, he is a spectacular individual. Mr. McMahon charted a course from poverty to the Ivy League of Wall Street and wowed millions of people in the process. He started out as a lowly door to door insurance salesman, but by putting hours of hard work and proving his mettle, he made his way to arguably the most prestigious spot in his industry, that of CEO. As CEO of Mass Mutual Northern New England, McMahon proved his mettle and cemented his name as a finance guru by charting a course that took the company to the top of the industry.

A part of McMahon’s incredible life story is his encounter with health issues- liver failure to be exact. In 2016 McMahon found himself on the brink of losing all the wealth and fame he had acquired as he was diagnosed with advanced liver failure. His only hope was an unlikely transplant and getting there wasn’t without its own obstacles. But McMahon was determined to survive and he made every effort to do so. Thankfully, a donor was found and McMahon’s life was saved.

Author and Speaker with a Global Appeal 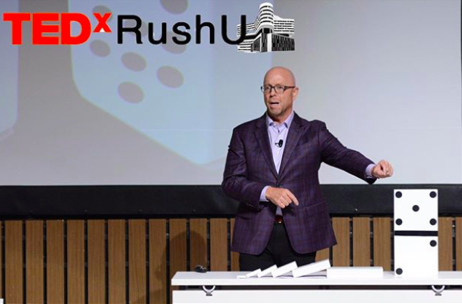 McMahon’s name is known all around the world as he has had a tremendous impact on individuals, corporations and industries worldwide. He speaks at international events and has a published bestseller entitled ‘Super Hero Self- How to Recover From Anything’.  He has a remarkable talent for reaching his audience and his message being so universal in nature, appeals to a wide range of people from a wide range of backgrounds. When he speaks, he calls on his rich life experiences as well as his in depth knowledge of the corporate world. As a result, planners of corporate events are always eager to secure his speaking talents for their functions.

The book, his TEDx talk, as well as his speaking engagements reach people from all over the world, and his message is so powerful that it resonates wherever it is shared. He is simply unforgettable and once you’ve experienced his genius and his inspirational charm you simply have to refer others who need what he shares. This is why he is so popular.

Additionally, he has a podcast entitled ‘Your Voice to the World’, which is accessible through his website as well as his YouTube page. His YouTube page has over 280,000 subscribers while on Instagram he has over 191,000 followers. And of course, he has a very robust profile on the professional network site LinkedIn with over 500 connections. When you add the millions of views that his website, podcasts and YouTube pages, it is easy to see why the name Terrance McMahon has become so popular globally.

If you plan to rebrand yourself or your company or simply take your career to the next level of success, you’ll do well with some of the advice McMahon shares with his fans.