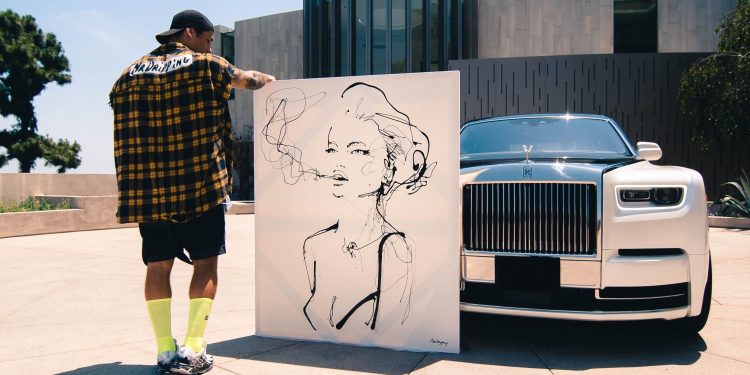 The artist, Mark Rios a.k.a. Mr Dripping, (@mrdrippingofficial) has evolved a powerful fusion of performance+art+experience. His methodology of pouring is being labelled as contemporary art influenced by early 19th century artists such as Francis Picabia, Jackson Pollock, and David Alfaro Siqueiros.

In fact, the origin of pouring or dripping is far older than that. Tibetan Buddhist history refers to controlled pouring for mandala art taught by Buddha Sakyamuni, 600 BC.

Mr Dripping’s technique was a result of a failed art journey. David Alfaro Siqueiros too discovered his dripping technique by accident and used it in his masterpieces. Mr Drippings journey started with a dream. He saw an expansive white gallery, endless white walls within which was a dripping black emulsion. It solidified, suspended within this virgin space. 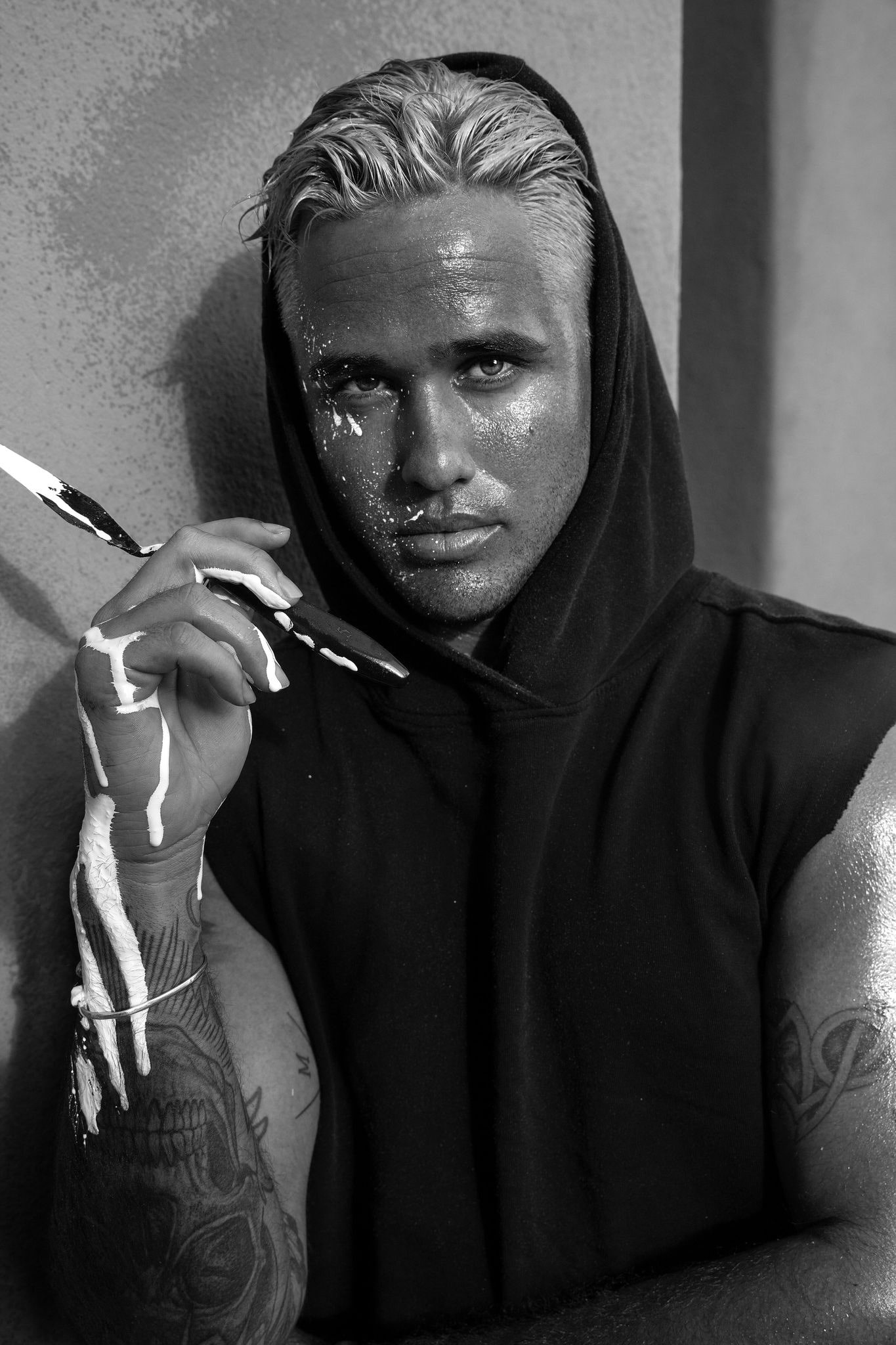 The Dripping Project commenced. “I started doing drippings of paint onto the canvas with the aim to carefully scrape it off when solidified and produce a free-standing 3D artwork,” says Mr Dripping.

This turned out to be too literal a translation. He saw the failure as a catalyst for discovery. “I chose to accept the canvas work as the tangible manifestation of my dreams intentions. The initial part of the journey was very abstract, not as far as Jackson Pollock, the shape was mostly recognisable. I continually become better at the fine details, my control is very refined. There are failures, there are mistakes but that is the exquisite pain of this methodology.”

Mr Dripping started his life in fashion but after the dream and immediate successful sales of his paintings, he switched silk for canvas. Initially, he worked alone in his studio but with requests to view his process, Mr Dripping realised clients wanted to view the tension and risk of the process. He started performing around Manhattan, live. It was an immediate success enrapturing the audience. The tension was palpable, the audiences became emotionally invested and they all felt organically part of the painting. 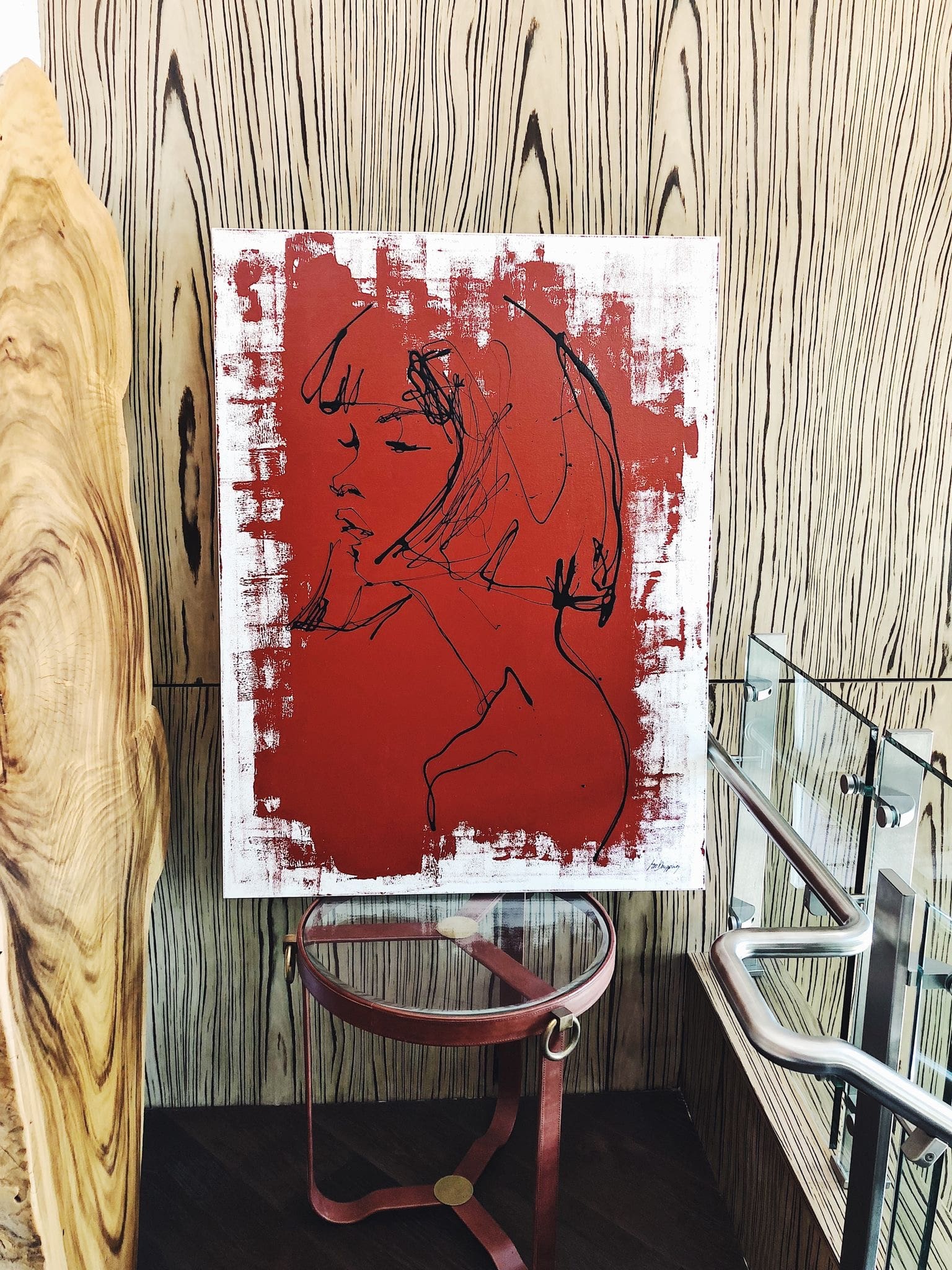 From this grew appointments with clients to paint them live. Mr Dripping is flown around the world to their homes for their performance art experience, some private some public.

A positive outcome from lockdown was Mr Dripping producing songs. The playlists he used for his performances were never fully aligned to his vision nor himself. A music label will be launching it in October on Spotify. And fashion is remaking its appearance as Mr Dripping has launched a quality range of informal clothing bearing his artwork. The sky is the limit right now.