Alonzo Vega: Authentic But Not Original 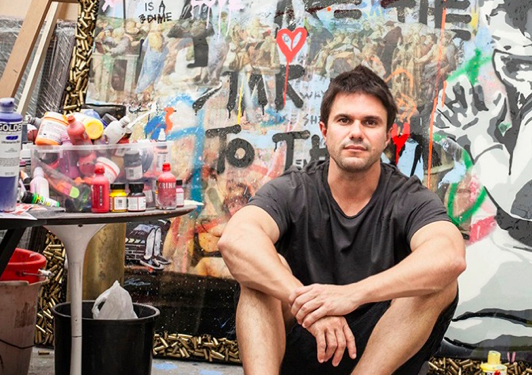 Peruvian artist Alonzo Vega proudly proclaims that he chooses to paint on wood, mostly on fences, so that he can topple the fences that constrain our minds.

The first fence to collapse was the one that hemmed in Vega’s own ideas. The thirty-five year old Vega is a rule breaker, game changer and iconoclast.

The artist in his studio

When Vega is asked about his process, he describes his work as controversial.

Take Vega’s Eyes Never Lie, a portrait of the Mona Lisa.  From a distance the enigmatic smile of the world’s most famous woman looks just like the original Da Vinci.  As the viewer approaches, the image starts to shimmer, almost as if one were looking at an optical illusion. She seems to be painted in the pointillist style of the 19th Century artist, Georges Seurat. But no, upon closer examination one can see that the canvas is like non one has ever seen; it has been created by the heads of bullets, wedged together to form a flat surface. 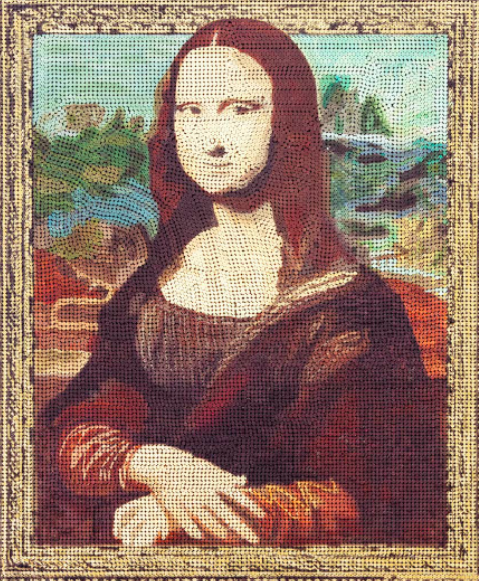 Vega has paired the penultimate masculine activity of guns with the symbol of the eternal female soul.

Vega relishes using found objects to construct his mixed media pieces. He collects bullet casings from a shooting range he visits daily in Lima, Peru. Shooting, he says, like the lyrics of rap music, informs his brain with incoming data, which he recycles back into his art.

When asked about the most important influences on his art, Vega says he is paying homage to artists who have preceded him. He emphatically states that his art — like all art is — is not original, only authentic. He often chooses as his subjects the masters, ranging across the centuries, from the Dutch Renaissance the 16th Century, to the surrealist movement of the 20th Century. In one scenario he conjures up a scenario in which Pablo Picasso’s paintings occupy Salvador Dali’s studio . 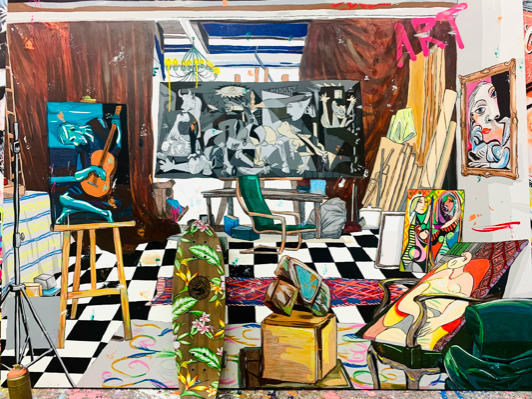 Authentic is exactly what Vega is; he is also a man of today. His pieces are raw, straight from the street, and truthful. Soon, we predict, Vega himself will be an urban legend.

26 Failed Businesses And Still A CEO; The Secret Behind Steven Mayer’s Great Success