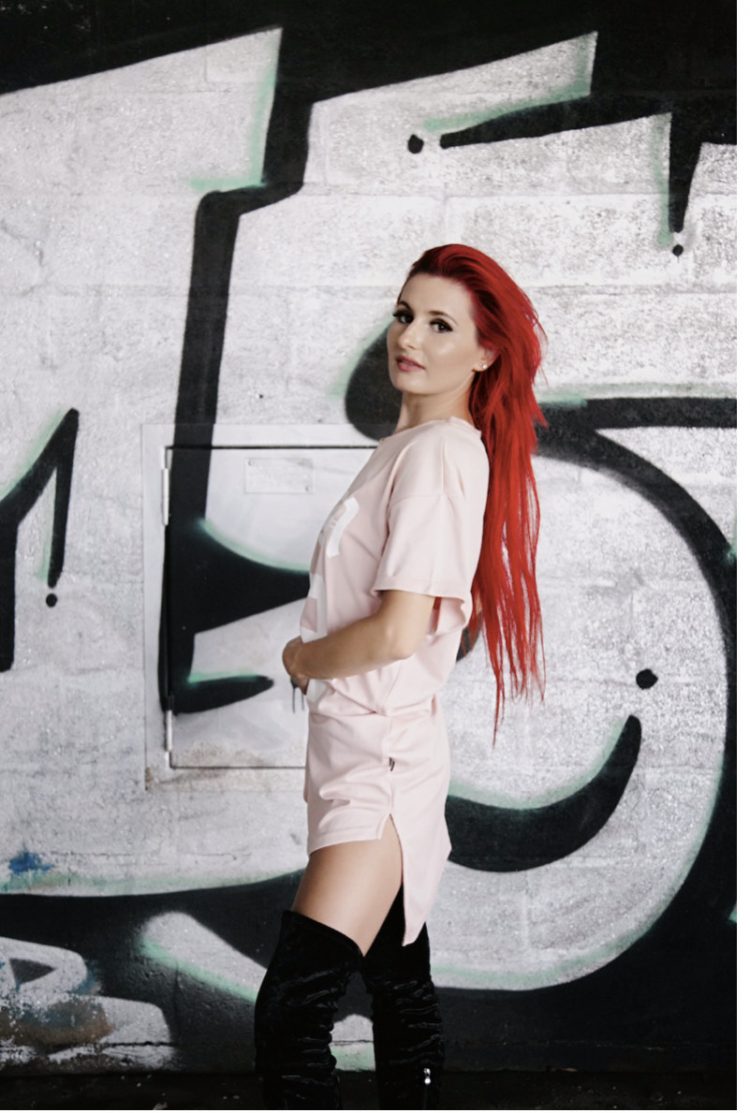 Audrey Biel, better known as Audie B (@audiebofficial), is an established international rapper, songwriter, and choreographer who is quickly leveling her way up in the music industry. As an Australian native currently residing in Paris, Audie B is continuously networking with her peers, utilizing the tools at her disposal to develop more opportunities for advancing in her career.

At the age of nine, Audrey joined the Royal Academy of Dance to pursue classical ballet and later explored contemporary jazz at the International Dance Academy of Paris. As Audie B evolved in her craft, she traveled to multiple countries within Europe that fueled her passion and advanced her career within the entertainment industry.

As a resident dancer aboard a cruise line, Audie grew both personally and professionally in her understanding of the world, her place in it, and the impact she wanted to leave behind. As she explored the world and her artistry under the strain of COVID-19 worldwide shutdowns, Audie sought social media to connect with her audience and fellow creators.

Audie B has been the center of inspiring fan-led rap freestyle competitions, live Q&As, partnerships with prominent state-side producers, and song collaborations with impactful artists. With her fiery red hair, personality, lyrics, and dance moves to match, she won’t soon be forgotten by those who avidly follow her journey as well as those new to it.

Audie B took 2020 by the horns and actively pivoted to create an opportunity from the chaos and uncertainty. From refining her talent to dedicating herself to writing lyrics and practicing her choreography, Audie B left 2020 behind, knowing that she came out the other end stronger than how she entered it.

Her strong, inspiring, and anthem-like music demonstrates the multifaceted nature of Audie B, which is only elevated by her unique and contagious choreography and electric onstage presence.

Audie B is driven not only by her journey but by her dedicated fans. Part of her mission as an artist is to showcase just how far the determination and hard work of a woman with big dreams can take her for young female fans who look up to her accomplishments and journey.

Part of the secret to Audie B’s success is her effort to be actively transparent, real, raw, and human every step of the way. By connecting with her fans live over her Youtube channel and Instagram alike, Audie B has made herself accessible and relatable in an age where consumers are tired of perfect and inaccessible celebrities and influencers.

Fast forward to 2021, Audie B has curated a portfolio of musical projects including new song drops like Back in the Game and so much more (available on Spotify, Apple Music, and other major music streaming platforms) that will demand your attention. In addition, in the next couple of months, Audie B plans to dominate the U.S. music market as an upcoming European artist.

In sum, Audie B ticks all the boxes for a well-rounded and blossoming artist ripe for statewide and international domination.

To learn more about Audie B and keep up with her journey, navigate to her website here.