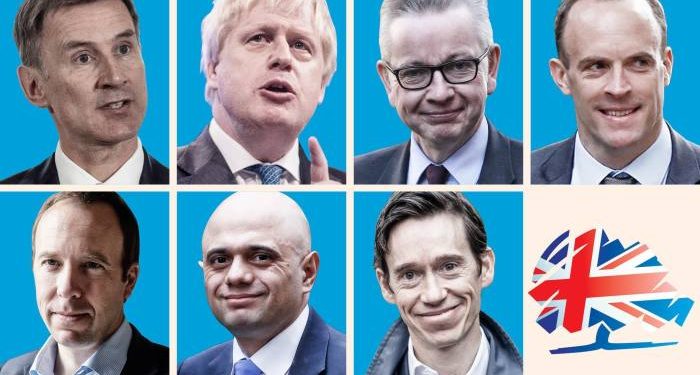 In the first ballot, Boris Johnson has received the most votes. The three other candidates Mark Harper, Andrea Leadsom and Esther McVey got knocked out of the second ballot of Tory MPs, with just 10, 11 and 9 votes.

Johnson received 114 votes and his rival Jeremy Hunt received 43, and Gove after a lot of controversies received 37 votes.

The two candidates who receive the most votes after the last MPs will go to the conservative party members in a final vote later this month.

The winner will become the British Prime minister and it will be announced on 22nd July.

Mr Johnson who served 8 years as a London mayor, and is a former foreign secretary said that he is happy with the win but his campaign efforts have a long way to go.

The other seven candidates moved to the other round. Dominic Raab received 27 votes, Sajid Javid received 23 votes, Matt Hancock received 20 and Rory Stewart received 19. The Brexit secretary Dominic Raab said he was “proud and honoured” and that he had a good base to build on.

Sajid Javid said “I look forward to continuing to share my positive vision and my plan for uniting the country.”

Matt Hancock said it feels “terrific to have more votes from colleagues than I could have hoped for.”

And Rory Stewart had expected only 6 votes because that was what he had been promised but after receiving triple the expected votes he is completely over the moon.

The foreign secretary Mr. Jeremy Hunt feels like he is the one who will give a good fight to Boris. He said “Boris did well today but what the result shows is, when it comes to the members’ stage, I’m the man to take him on.”

In the second round, the conservative MPs will vote and the candidates receiving less than 33 votes will be eliminated.

Uber to launch Flying Taxis by 2023