by Daniel Atkinson
in Business
0 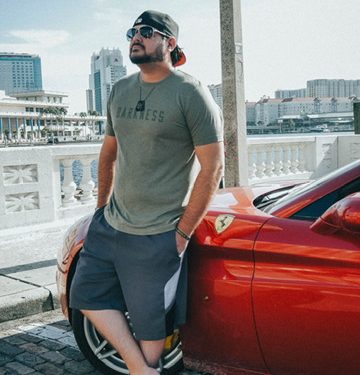 Vision is often a defining characteristic found in successful entrepreneurs.  The ability to see where one wishes to be in the future and set a plan to get there.  Tampa Florida’s Michael Murphy, an increasingly successful auto dealership owner, possesses this to the utmost degree.  When asked in an interview where he sees himself in the coming future he responded, “5 Years from now I will be 40 years and at my 30th birthday I made a prophecy of having ten dealerships in ten years. So, I see myself in no more than 3 markets, with 10 dealerships, and 10 other companies”.

Michael’s love for cars and selling them developed as a young teen working with his father in their family dealership which led to him becoming a used car wholesaler in college.  A few years later he became the CEO and President of Murphy Auto Group or MAG, the final product of a consolidation of all their independent dealerships.

The direction that Michael envisions for his business is based on his past success and the skills he knows are instilled in him.  He stated that the main challenge facing entrepreneurs today is that most people struggle, “going from an employee-based mindset to an employer mindset. Lucky for me I was raised to think like an employer”.  This combination of mindset and skill has laid the groundwork for exponential growth for his company.

The Journey of Nick Mocuta, from no apartment to live in, to seller on eCommerce websites