Franklin Eugene Walked the Red Carpet in Support of The Whale at the 79th Venice International Film Festival. 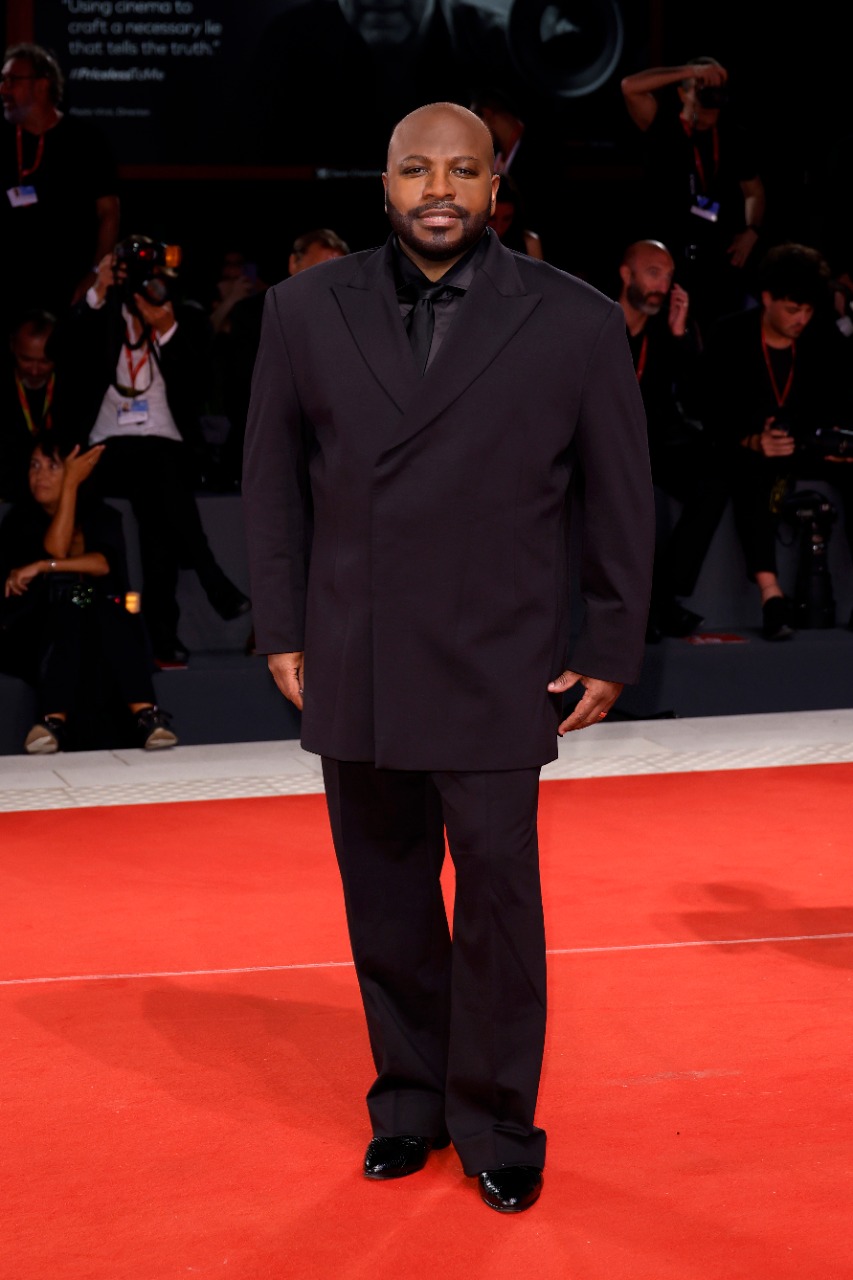 For eleven incredible days every year, the biggest names in cinema come together for the Venice Film Festival. This year on its 79th anniversary, Franklin Eugene joined them, walking the red carpet in support of the film The Whale. Known for his humanitarian pursuits, Eugene’s presence portrayed his solidarity with the cast, crew, and film itself.

Franklin Eugene is a fashion designer, film producer and American businessman, and has earned many accolades in these fields. His work as an activist, humanitarian and Global Patron of the Arts has bolstered his popularity worldwide. After gaining prominence in the Middle East, North Africa, and India, Eugene went on to achieve success globally after the launch of his fashion label in 2012.

Wearing his own label, Franklin Eugene looked striking and clean-cut in a two-piece black double-breasted suit. Opting for an all-black look- the hidden fastenings, soft peak lapels and slightly oversized added to a sleek yet timeless effect. The shoulders of Eugene’s jacket were padded, further emphasising the straight-lined look. This Franklin Eugene ensemble makes it easy to see why his label is as popular as Franklin Eugene himself.

Eugene walked the red carpet on day five of the festival to view The Whale. The Whale– directed by Darren Aronofsky- is a film about an obese man (played by Brendan Fraser) trying to reconnect with his daughter (Stranger Things’ Sadie Sink). Also joining the cast are Hong Chau, Samantha Morton, and Ty Simpkins.  Besides its controversial subject matter, the film also provides an emotional comeback to cinema for Brenan Fraser. Fraser, known for his work on movies such as The Mummy franchise and George of the Jungle, hasn’t been seen on screen since he starred in Breakout in 2013. Franklin Eugene joined the celebration of Fraser’s return at Venice Film Festival; a well-deserved 6-minute standing ovation that rang loud and fervently throughout the venue.

Moments like this one are what make this festival so significant. The Venice Film Festival will celebrate 80 years next year, making it the oldest film festival in the world. Designed to promote and celebrate international film as art, entertainment and industry itself; it showcases a vast range of genres, subject matters and cultures. The first of the film industry’s festivals and award season, this year’s lineup was especially dynamic, containing much-anticipated pictures such as White Noise, Don’t Worry Darling, Blonde, Bones and All, Tar, and of course, The Whale. Beyond the films, the festival is a mecha of glamour, fashion and celebrity where A-list thespians, stylists and supporters of the arts gather from all over the world.

A producer, fashion designer and avid supporter of the arts, Franklin Eugene is seen to be a man who not only stands behind what he does- but supports others both in and outside the film industry, as he did this year at the 79th Venice Film Festival.

Six Tips to being a Successful Entrepreneur