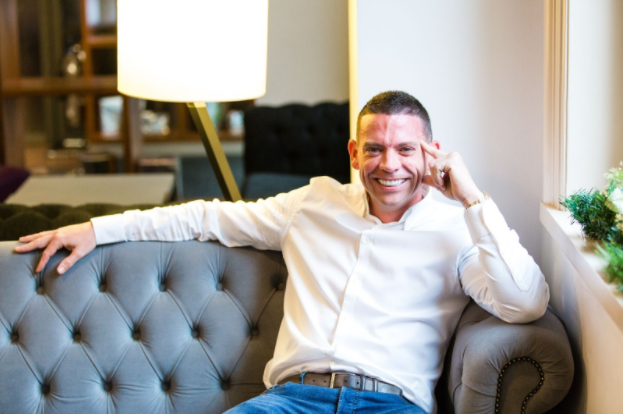 The school system channels kids into traditional careers that require higher education. Rather than encouraging entrepreneurship and thinking outside the box, it rewards the type of conformity often expected from today’s employees. However, this is by no means the right path for everybody.

Liam J. Ryan knows all about being a self-taught entrepreneur. The UK-based property investor and trainer has overcome poverty, addiction, and business failure to come out on the other side. Today, he is the co-founder of Assets for Life, an investment company behind more than £28,000,000 worth of property deals.

“We work with people who want to build a property portfolio but might not know where to start. We invest our clients’ money into a risk-managed property with high potential. At the end of the project, we return the funds at a fixed rate and net our clients a tidy profit,” Ryan says.

Ryan started his entrepreneurial journey at the tender age of 6 when he would charge adults £2 to see him perform Michael Jackson stage moves. Gradually, he began selling sweets at school, washing cars, and doing the local paper round. As he came up with new ventures, Ryan remained adamant about one thing: one day he would escape the poverty of his childhood.

“My parents split up when I was just two years old and we lived in a rough council estate. I remember once sitting in a dark room together with my mum sharing a tin of cold spaghetti bolognese and thinking this isn’t how I want our life to be,” Ryan says.

One day Ryan came across a big sign bearing the words “Massive Commissions.” Eager to learn more, the 15-year-old read on. “It said that door canvassers were needed, so I dumped my school bag and walked right in. Before I knew it, I was knocking on doors to sell double glazing,” he recalls.

Ryan refined and developed his sales technique, cultivating the knowledge that would serve him for years to come. “I learned how to deal with rejection and how to stop the door from being slammed in my face. I was so good at it because I was a cheeky chappy who loved to talk,” he says. After graduating high school, Ryan began working as a salesman for an insurance company. “The moment I walked in, a guy called Andy walked up to me and said, ‘Welcome to National Direct – you’ll never be number one.’ He was the best salesperson at the company and everybody knew his name. I became obsessed with becoming better than him,” Ryan says.

Caught up in his intense work schedule and the thrill of competition, Ryan’s health quickly fell by the wayside. It was at this point that he was introduced to ecstasy and cocaine. And despite his growing addiction, Ryan continued to be preoccupied with furthering his career rather than improving his health.

Just 20 years old, he applied to work at a large multinational marketing company. He got the job and three weeks later was jetting off to Spain. The experience was challenging to say the least. “It took me nearly a month to make a deal, and I really felt like going back to the UK and giving up. But I persevered and eventually started to do really well,” he says.

Things would come to a head a year later when the company’s business partners had a disagreement that spelled an end for the enterprise, leaving Ryan jobless. Undeterred, he soon started his own marketing company.

“Before I knew it, I had a team of over 50 people and the company was thriving. I decided to invest some of the revenue in property overseas, but I made every mistake in the book. I eventually lost two million Euros,” he admits.

Despite the losses, the company remained profitable. Unfortunately, Ryan’s relationship with drugs was starting to take over. “I knew I needed help, and flew back to the UK to go straight to rehab. I was clean for 62 days, but then I started using again,” Ryan says. Determined to take control of his addiction once and for all, he took his healing journey a step further. “In 2008, I went to South Africa and committed to rehab for a further 6 months. It wasn’t easy, but I started to love myself again. I haven’t touched drugs for nearly a decade now.”

Ryan ended up moving back to the UK in 2014 to pursue a new opportunity—selling renewable energy products. “I set up a company called Sprint Energy Solutions. The business grew to 115 staff but it stopped being scalable after the government slashed the incentives for homeowners to use renewable energy,” Ryan says.

“One day, the office received a phone call from a guy called Jay Munoz. He asked for an energy assessment and panel installation before the new tariffs came into effect. I had no idea that this call would change my life,” he continues.

The duo quickly built a rapport. “Jay told me that he was a professional property investor and a chartered civil engineer working on some huge developments in London. He was making good money, but had no life-–I could see he was drowning,” Ryan narrates.

“Jay had an employee mindset. He was probably working more hours than any corporate job would have him work. Spur of the moment, I said, ‘You know what–let’s go into business together.’ We went on to create Assets for Life, one of the top property investment, business, and wealth training companies in the UK,” Ryan continues.

Today, the company is involved in multiple real estate income streams, from small deals to huge commercial conversions, the latest worth £8,5 million. Assets for Life is also offering a suite of training courses, mentoring, and masterminding. Their flagship course enables people to start, scale and grow successful property portfolios.

Ryan has come a long way from the days of selling sweets in the schoolyard. And he’s made the most of every opportunity along his path. “In the days leading up to meeting Jay, I was soul searching. I knew that I wanted to get back into property despite my previous mistakes. My success goes to show that the universe connects the dots and looks after you if you put in the work.”