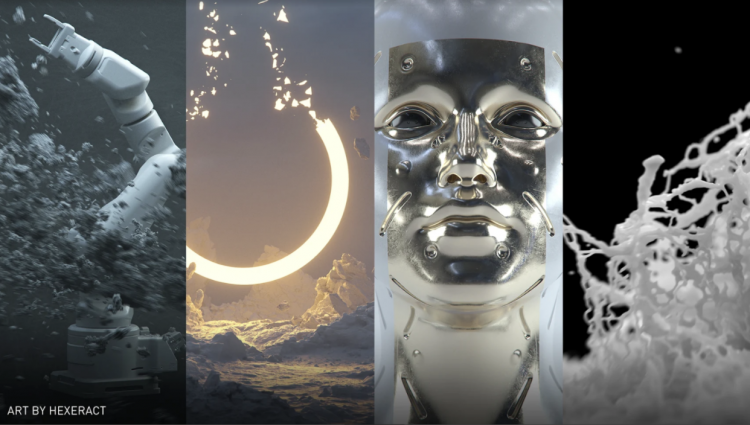 Hexeract, is an award-winning Italian creative director, top worldwide designer, and keynote speaker who is presently the director of design at NVIDIA Corp. where he is working on the next set of tools for creators in order to spread technological democratization. Hexeract is a seasoned professional with expertise in industrial design, hard surface design, and robotics.

Hexeract has been in the industry for over two decades now which clearly attests to the fact that he has become one of the pioneering designers and most recently, NFT artists in the world.


Hexeract sprang to prominence online in 2012 as a result of his incredibly complex mechanical idea designs. UNIT 06-T9, one of his robotic designs, went viral online in 2013 and was featured on the covers of several 3D magazines.

Hexeract has been immersed in the realm of gaming and computer graphics since his childhood. His interest in this was sparked during his high school years when he was introduced to Warcraft, one of the best games ever created in the gaming business. It was then that he began to delve deeper into his newfound interest and learn more about it.


After completing a few months at the IED school in Milan, he dropped out to pursue a bachelor of Science in Industrial Design from the world renowned Art Center College of Design where he received a scholarship in order to attend. During his time at the school he started his career at only 19 years old working on Toy Story 3 under Art Director Dice Tsutsumi at Pixar Animation Studios.


Upon graduation he has worked on a number of high-profile projects over his career, including State Zero, The Walking Dead, Horizon Zero Dawn, 300, Life of Pi, Metal Gear Solid V, Starcraft 2, and Diablo. His work has also appeared in a number of films, games, magazines, keynote speeches, and gallery exhibitions, including Photonic Playground, Permanente di Milano, and Gnomon School of Visual Effects, for which he also created a training DVD for industry professionals.

Hexeract has also received a lot of acclaim as an NFT artist for his unique ability to combine art and technology to create wonders. His artwork is mostly available on one of the most premium marketplaces for art – SuperRare. HEXERACT’s most recent work, DE FUTURIS TECHNOLOGIAE, is presently on display at the prestigious Permanente museum in Milan, Italy, with other prominent NFT artists such as Beeple, XCOPY, Pak, Dangiuz, and others, as well as prior masterpieces such as Caravaggio. He has worked up to become the  top500 most successful crypto NFT artist in the world.

What set Hexeract apart in the crowded business was his use of the tools in an unconventional way (Such as using CAD software to create concept, when no one was doing it) and other classic concept design processes, which he tweaked to fit his unique vision, resulting in fantastic works of art that are still praised by industry professionals.


He pushed the limits of design, inventing groundbreaking procedures that were later adopted by other artists.


Apart from that, he has spoken at events around the world, including Trojan Horse Was a Unicorn, Art Center College of Design, Concept Design Academy, Red Engine School of Design, and Moscow Film School, as a keynote speaker.