How Bussr is Creating the Shopify of Mobility 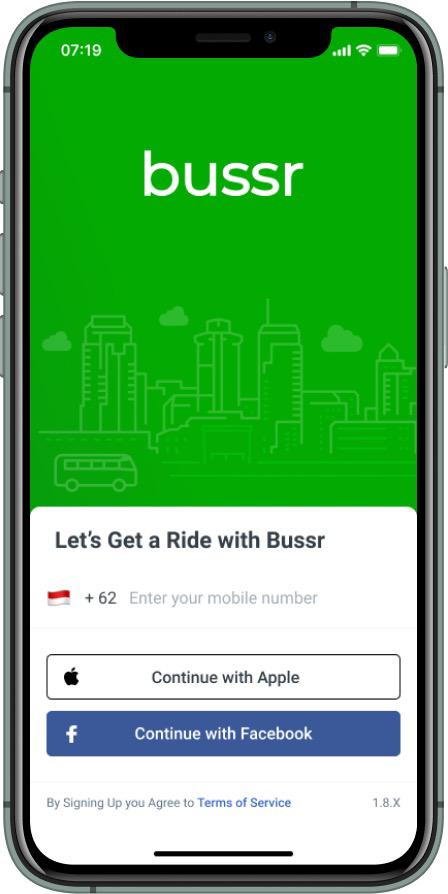 It is no secret that movement is one of the most important parts of human life, especially in the modern world. People need to go around for personal and professional reasons as well as transport various goods. In fact, the mobility industry in South-East Asia is estimated to be worth over $30 billion.

Over the last few years, the way we move about has changed. Ridesharing services are bigger than ever and more people are switching to alternative means of transport in order to promote sustainability for the planet.

The Old and New Way to Run a Travel Company

In the past, travel companies worked as completely independent entities; they sought out customers by themselves, handled all their marketing, facilitated payments, and managed their employees. This model went unchallenged for decades but had a number of flaws attached to it.

The first was that it was difficult for newer and less established entrepreneurs to get started. A newbie cab driver, for example, would have to either get employed by a large company or independently seek out customers if they wanted to get started. As such, large companies had a monopoly on the market and have been accused of exploiting workers and engaging in discriminatory practices in some parts of the world. They were able to get away with this, for the most part, because they were so powerful.

There was also the issue of the price of trips. Different companies and independent operators could charge varying prices and consumers could be overcharged or undercharged depending on a number of factors. It didn’t help that there was no system in place to ensure the safety of passengers, especially if they entered an unregistered vehicle that could not be easily traced. Customers were also limited in the number of travel companies they could have access to.

To compare prices and other factors, they would have to individually contact multiple transport companies and this could prove rather time-consuming. By the 2010s, this model had evolved into what we now know as ride-sharing.

Ridesharing involves the use of a central platform through which consumers can request rides to specific locations and get paired up with a driver who is willing to drive them to that location for a predetermined fee. This system addresses many of the issues in the old transportation model.

First, it greatly reduces the barriers to entry as almost anyone with a working vehicle can get started. It also effectively breaks the monopoly that large travel and cab companies had on the market by allowing independent drivers to work at their own pace.

For customers, it means that they do not have to contact any travel company directly before they are served but instead can simply use one of the applications on the market. Their tris are tracked and stored on the user base which increases security and also makes payment much more efficient. As a result, this model has proven successful in the last few years all over the world.

How Bussr is Taking on Mobility in South-East Asia

Bussr is a travel platform and the creation of Hussein Abdelkarim and IM Shousha that has managed to revolutionize the travel market in South-East Asia. The platform allows riders to sign up and receive ride requests from customers on one secure platform.

The app features over 2,500 destinations in 90 cities and is not limited in terms of transportation type. This means that car riders, scooter owners, and even bicycle owners can sign up and make a living from a variety of places. For transport entrepreneurs, operations are scaled and automated for them, from connecting with riders to collecting payments.

It also helps to build brand awareness as consumers these days are more likely to turn to an app in order to book a ride than go directly to a transport business. Ultimately, transport companies are having to adapt to this new way of doing things in order to thrive in the 2020s, and companies like Bussr are making it easier than ever.

The company served over 6 million consumers in the year 2019 alone and this figure can only be expected to grow over time.

Magic Trikk, an Inspiration for the Dreamers, Stirring Hype in the Music World