Magic Trikk, an Inspiration for the Dreamers, Stirring Hype in the Music World 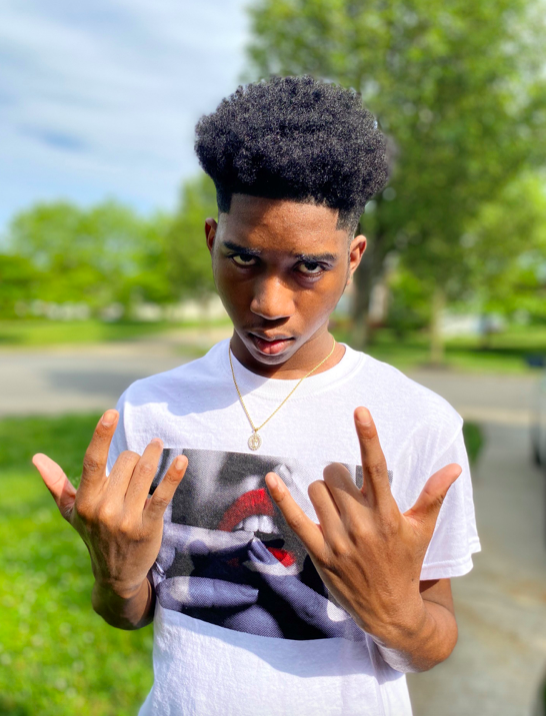 One of the commonly used sayings in today’s times, “age is just a number,” is mostly limited to words. When it comes to actually believe in it, most individuals do not perceive it in the same way. Seeing age as the indicator of human potential is where they are mistaken. Every person is living in a different story and following a unique path. Whether old or young, age does not have much to do with their success.

Even though the world is evolving, the cultural beliefs surrounding individuals reinforce social norms inside them, making them think in a certain way. Regardless of the chronological age one belongs to, it is their determination, hard work, and commitment that decides where they reach in life. Jordan Spalding, better known as his stage name, Magic Trikk, is an aspiring rapper who is redefining this thinking and creating new standards for the new generations.

Gracefully pursuing his dreams at the age of 17, Magic Trikk was born in Bowie, a city in Maryland, on May 28th, 2003. While some people are born with dreams, others realize their passions when exposed to an environment. With his father, John Spalding, being the CEO of Nulook Records, Magic Trikk spent a considerable amount of time around famous rappers. When exposed to music and uncountable musicians, Magic Trikk realized his interest in the field and decided to dedicate his life to it.

Ever since he started understanding music, he realized that it is something that brings him peace and pleasure. During the times when he found solace in music, the young rapper drew inspiration from talented rappers such as Juice Wrld, NBA Youngboy, Lil Tjay, Lil Baby, and A Boogie wit da Hoodie.

As Magic Trikk likes to put it, “the greatest pleasure in life is doing what people said you couldn’t do,” his plans were also questioned by individuals. Fueled by stereotypical thinking, people assumed that he could not enter the music world, keeping his age in mind. With his devotion to music and ultimately rapping, Magic Trikk didn’t let the negativity affect his ambitions.

With his head high and chin up, he kept working towards his passion and transformed it into a reality. In February 2020, Magic Trikk released his debut EP known as “Laugh at Me Now.” As an answer to all the people who doubted him, the album was named to respond to such people who laughed at him at a certain point in life. Proving his potential in front of the world, Magic Trickk’s first EP was a hit among music fanatics. The eight-track label was met with open arms in the music world, helping him create a strong footing in the industry.

Magic Trikk is a 17-year-old teenager who had made a groundbreaking entry in the music world. With more than 50,000 views on his first EP, Magic Trikk is proving that he’s here to stay and stay for good.

During their childhood, more than half of the children go through bullying of some sort. Even though it might not seem a big deal at that point, the effect of bullying can be long-lasting, affecting individuals’ personalities. Experiencing a similar situation during his childhood, Magic Trikk was highly impacted by such incidents. As a result, he became extremely quiet and found it difficult to open up to anybody about his feelings. Feeling vulnerable throughout his childhood, Magic Trikk felt a lot of bottled-up emotions inside him.

Translating his personal childhood experiences through music, Magic Trikk is all set to release his first album called “Bipolar Emotions” which acquired over 100,000 views. Even though he’s not bipolar, the artist was often misunderstood as being one due to exposing his hidden feelings. The recently released 13-track-album is a perfect amalgamation of his melodious voice and meaningful lyrics with extreme emotions that he has been hiding from the world all along.

Magic Trikk, an African-American, is an ideal example of an individual who is not scared to dream. While being a part of the tour buses with famous rappers, the dedicated artist has been able to polish his music through his learnings. As a new entry in the music world, Magic Trikk has already managed to create a fan base that is not only inspired through his music but also how he has paved the way for himself.

Music Artist, Amaru Son, Aims to Cross Boundaries in the Music World in 2021