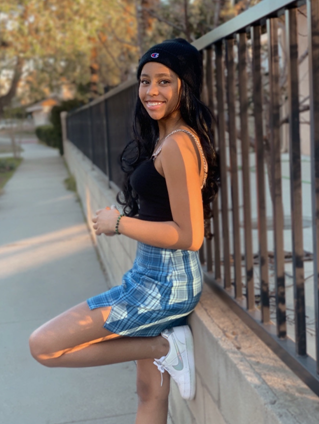 The digital space is a big open field. Over the past decade, personalities from around the world have found their voice through social media and have become celebrities in unconventional ways. Gone are the days when television, radio, and print were the only avenues for people to be seen by millions. Influencer Sydney Raynell proves that the world has changed, and her generation is here to reshape content creation through social media platforms.

Sydney Raynell is an all-American model, actress, and social media content creator. She was born in Maryland on June 30, 2006. Currently based in Los Angeles, California, the social media influencer has already amassed over 25,000 followers on Instagram alone. She is also building a community of followers on YouTube by producing videos tackling trendy topics and genuinely showcasing her lifestyle to the rest of the world. With the followers she has, it’s safe to say that Sydney creates one of the most significant impacts in her age group.

Sydney Raynell began her career late in 2019. The following year, her social media career boomed as she reached other kids, teens, and tweens across the country who have become engaged and inspired by her content. It’s never an easy feat, especially for someone young, to become an influencer, but Sydney is rising to the occasion.

Motivated by her passion and drive to inspire others like her, Sydney Raynell continually puts out content that she feels would make her generation connect with her. Despite her success, the young social media celebrity is continually growing her fanbase and hopes to reach more people outside of the United States. She aims to gain over 50,000 followers and further expand the number each year.

Additionally, Sydney Raynell is also building a name for herself on TikTok, one of the fastest-growing social media platforms today. Audiences say that Sydney embodies the “girl power” spirit, an authentic example from her generation showing talent and tenacity. The young influencer has obtained over 6,000 followers on the platform, and she shows no signs of stopping anytime soon.

Being one to radiate positivity in her content, Sydney Raynell is leading young women to put their foot forward and take risks in showing the rest of the world what they’re truly made of. Every day, she is building herself closer to her dreams and without a doubt, the young influencer would soon be recognized as a household name.

Besides growing her followers on her social media platforms, Sydney Raynell also launched her own merchandise, designed and created for the youth. With unique products, from trendy water bottles, shirts, to tote bags, Sydney is leading a lifestyle movement at a young age. The online merch store was founded by the influencer in October 2020 and was intended to empower girls in her generation to stay true to themselves and embrace their style.

Indeed, a new generation is rising to take over the entertainment industry, and Sydney Raynell is at the forefront, showcasing what the young women of today are made of. Connect with the social media influencer on her website and Instagram.