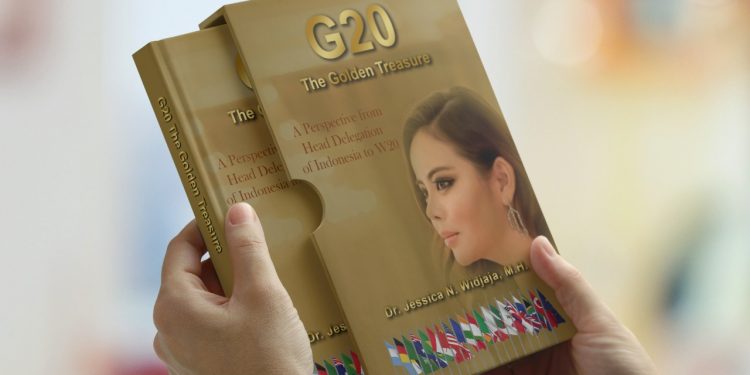 The book bring changes in mental revolution and endorsed by 4 Indonesian ministers. Publishing such a book has brought appreciation by world political leaders and it’s the first Indonesian got such high appreciation from world of politics.

Dr. Widjaja has invented several programs that aid the Government and her efforst are appreciated by NGOs, Organizations, and Officials of the country. She currently holds the position of the head SDGs Gender Equality and Foreign Affair Division and Indonesia Head of delegation to W20 which is G20 Women Leaders Summit.

Moreover, she owns recognition certificate in International Speech writing by former Indonesia Ambassador to USA. Apart from these, she has travelled around the world and experienced cultural lives that give her a surpassing edge. In addition, she is also an entrepreneur who has ample experience in this world and has helped motivate other individuals to change this world for the better.

Her works which got her highest appreciation

Though, she is involved in a number of activities and tasks, she got appreciation from world political figures for her three books that most believe can change the political system to a better approach that would make the world a much better place. Her book “Kalbu Indonesia” has brought her appreciation around the world. She is the first Indonesian to be appreciated by the world political leaders for such an outstanding effort.

Her second book is “My Blood, Indonesia” is available in Indonesia as well as USA. The third book which she released is “G20 The Golden Treasure” in 2020. This book talks about her view as Head Delegation of Indonesia to W20 as well as G20’s impact on each member states.

Dr. J. N. Widjaja has received recognition from some of Indonesia ministers who have come across her work. And recently, she was appreciated for her work by the 55th Mexican President H.E. Vincente Fox.

Apart from him, Rod Blagojevich, former Illinois Governor has expressed his thoughts and congratulated her for her third book which opens up avenues for governments to work on. However, this is not all; her works are appreciated by Marla Trump, Corey Lewandowski (campaign Manager and Senior Advisor to Donald Trump), Nick Vujicic, Anthony Scaramucci (former Communication’s Director of White House) and more. And recently by the 55th President of Mexico Vicente Fox for her achievements.

These world public figures have offered their insight into her work and appreciate her substantially for the excellent work she is doing. They completely support her views and activities and will continue to do so due to her efforts of changing this world to be a much better place than it is now.