Is It Safe to Use Air Fresheners? 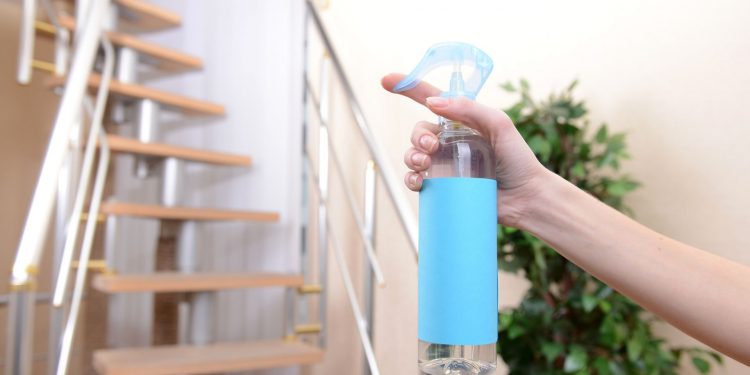 For decades, air fresheners have been used to mask unpleasant odors. Aerosols were the first type developed for home use. These products are sprayed into the air and produce a fine mist of fragrance that only lasts for a short period.

Over the years, manufacturers responded by reformulating air fresheners as scented oils, solids, reed diffusers, and gels when aerosols became unpopular due to health and environmental concerns. They even changed the names of the fragrances. Traditional scents like “rose” and “lemon” have been replaced with names like “Tahitian Spring Mist” and “Dewy Citrus Orchard” to make products sound more exotic and appealing.

Fragrances and essential oils are typically dissolved into a solvent such as isopropyl alcohol, also found in rubbing alcohol, liquid air fresheners such as plug-in refill bottles and reed diffusers. The evaporation of solvent carries the fragrance into the air. Like cone-type products, solid air fresheners comprise the fragrance embedded in wax. Gel products, like the evaporating beads, allow slow fading that prolongs the fragrance presence. And the Aerosols sprays use compressed gas propellants like propane or butane and other unhealthy components.

While many of the spray products are intended to simply add fragrance to the air, others use disinfectants to help remove odors. Disinfectants are chemicals designed to kill bacteria or mold. Ethanol, also found in alcoholic beverages, is one of these disinfectants.

Despite their widespread use, there are concerns that these products contribute to indoor air pollution and pose a health risk, particularly when exposed for long periods. VOCs (volatile organic compounds) are released into the air by many unsafe air freshener products still on the market today. A VOC is a chemical that easily turns into a vapor or gas at room temperature. The chemicals in air fresheners and their secondary pollutants cause many health problems.

Secondary pollutants are created when the chemicals in a product react with the ozone already present in the atmosphere. There are concerns about health problems with repeated exposure to these products, even when used as directed. Unintentional injuries have been reported due to these products, including burns caused by flammable air fresheners ignited by a near flame.

When some air fresheners come into contact with the skin, they can cause irritation and redness. The discomfort usually goes away after a thorough cleaning of the area. A rash is also possible because fragrances cause allergic-type skin reactions in some people and pets.

Small amounts of air freshener in the eye are likely to cause irritation and redness, but these symptoms should fade within an hour after thorough irrigation with water. If your eyes aren’t back to normal after an hour of irrigation, you should see a doctor. Coughing, choking, or difficulty catching one’s breath may occur after inhaling a small amount of spray air freshener. With fresh air, these effects should improve quickly.

Air Fresheners are not just a luxury but rather a need. No one would want their room to smell unpleasant, but this doesn’t mean that you should use hazardous, flammable, or toxic air fresheners. This is where Wonder Wafers International’s non-inflammable and non-toxic air fresheners come into play.

Wonder Wafers are far superior to liquid air fresheners because they release the perfume oils evenly and perfectly over time from a simple yet specially made wafer material, rather than being overwhelming initially and then fading quickly. This product is ‘Air-Activated,’ safe for the environment, is non-flammable, and contains no known carcinogens.

You can now use air fresheners safely, easily, and with peace of mind without risking your or your family’s health and surroundings. Wonder Wafers are the answer!