Jejuan Smith: The multi-faceted and talented man, who is growing exponentially with his mastery in almost all his ventures

A model, actor, athlete, stunt performer; Jejuan is a complete creative package with talents who have risen above many across industries.

by Daniel Atkinson
in Lifestyle
0 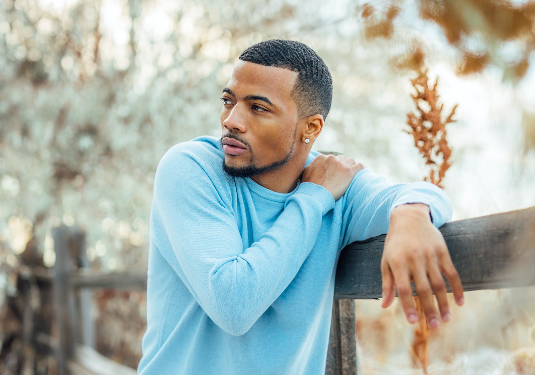 So many people in this world, since the very beginning, put all their efforts in just one thing because they know and believe that they would be achieving a remarkable feat in only one industry or work area all their lives. However, there are a few people who believe in going against the tide and imprint their names in the list of successful people of not just one industry but multiple industries, showing their prowess in all almost all things they do in life. Topping the list of such rare gems of the world is Jejuan Smith from Winston-Salem North Carolina. Exploring the known industries and then going all out to explore unusual genres as well is what Jejuan has proved his talents in. Having a passion for sports and gaining a football scholarship in grade school, Jejuan showed this athletic mastery in football and basketball both.

As a teenager at only 16, Jejuan started building his career in the field of modelling by working with a local clothing line. From there, he got the opportunity to feature in many music videos and thus entered the field of glamour by becoming the background extra on Drop Dead Diva, along with other shows. Having an athletic body, he was offered to become a stunt double for various films like Ant Man, Sleepless Nights and even AtlantaFX series. Filmmaking attracted him; he got his hands into writing and directing films. He debuted with his film “Walk A Mile”, which he acted in and directed as well.

His own production company called JSPRODUCTIONSGROUP released the film in 2016, which became an instant hit by gaining a lot of appreciation from the public and the critics alike. The film even won three film festival awards. His recent appearance was on BET for the Hit Christmas Film “Twas the Chaos before Christmas”, featuring him with Sherri Shepherd and many others names.

Jejuan started with being a stand-in for actors like Morris Chestnut, TI, Tyler James Williams, Micheal Ealy, Donald Glover and many others. And, today Jejuan has turned into a successful actor, director and writer himself. Jejuan currently, is also working for the branding of water and wine design products through his production company and would soon be starting his water firm. He is presently the model of FASHION NOVA MEN amongst other top brands as well. He has already been an attendee of New York fashion and has even showed his talents as a model in the men’s and women’s fashion week.

His dynamism and talents have given him the right opportunities at the right time, and so far in his career, he has had the chance to get featured on several elite magazines. He is working on two new projects as of now and is also focusing on other modelling works. Mostly Creating new Movies and writing more scripts for networks.

Being for a decade in the industry, Jejuan has taken the entertainment and modelling world to greater heights with his efforts and achievements.

6 Ways You Can Improve Your Credit Score