Liverpool (0) vs Chelsea (1): Tuchel is the right man for Chelsea job 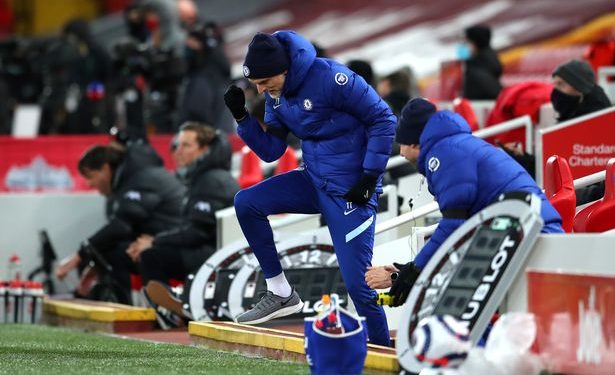 A fifth straight loss at home for Liverpool has dented their hopes of securing the top four spot. Meanwhile, Chelsea continued their unbeaten run and displayed a strong game against the Merseyside. After this game, Chelsea is now hanging in fourth place on the table. On the other hand, Klopp’s Liverpool is struggling at seventh place in the PL table.

Thomas Tuchel’s side looked strong since the first minute and played fantastic football from the back. In the 24th minute, Timo Werner scored the first goal for the London side. However, VAR ruled it out after a check, and the score remained the same.

Despite Liverpool’s urgency, Chelsea managed to get their first goal through Mason Mount’s clinical finish. In the 42nd minute, N’Golo Kante supplied a brilliant long ball to Mount. The young English midfielder didn’t look to waste this opportunity and delivered a superb finish.

In the second half, Liverpool looked much better on the ball. However, the struggles for Sadio Mane continued as he missed a couple of chances. Moreover, Jurgen Klopp tried his best by subbing on Jota and Oxlade-Chamberlain.

However, the visitors looked comfortable while defending every time and didn’t allow the Merseyside to score a goal. As a result, the game ended with three points to Chelsea and a fifth straight home defeat for Liverpool.

Jurgen Klopp started by praising the individual quality of Mason Mount and added that he made the real difference. The Merseyside manager admitted that his team needed to defend well in this match. However, Liverpool’s defence wasn’t able to cope up with Chelsea’s long balls.

On the next matchday, Liverpool will face the challenge from another London side Fulham at Anfield. On the other hand, Chelsea will host Merseyside’s blue team as they will play against Everton at Stamford Bridge.