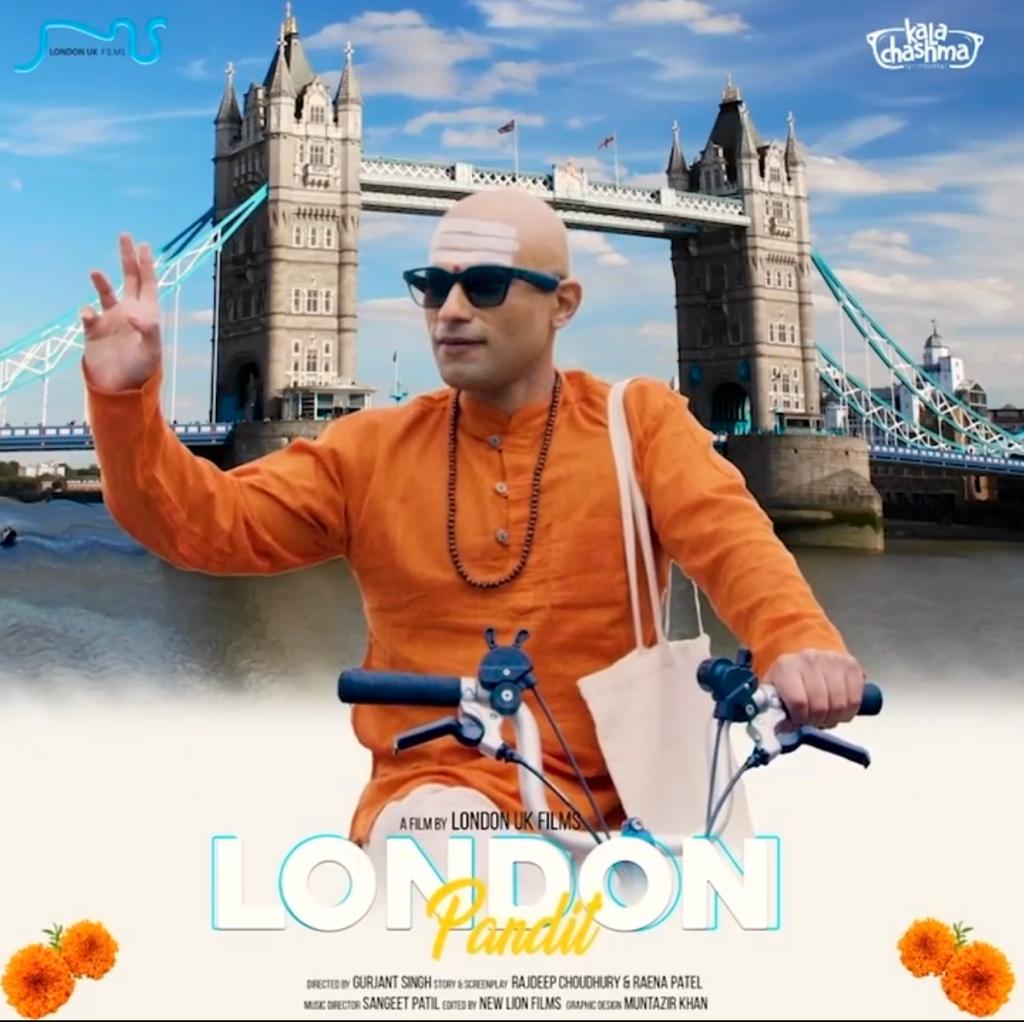 London Pandit a long short film by a young BAME production team London UK Films is in the Indian media at the moment for delivering some great new content.

This 30 minute film has hit a leading Indian channel MX player and the Mzaalo app this month. Starring Rajdeep Choudhury in the lead role and directed by Gurjant Singh. ‘London Pandit’ is a fast moving film covering the ups and downs of a young Indian professional who is trying to survive,both financially and morally,as the Covid crisis hits London.

The film is driven with an excellent sound track by a very young Indian music talent Sangeet Patil and brilliant prosthetic and costume works by Birmingham based costume stylist Pamm Kaur and London based Angela Stewart.

The production has certainly achieved a great result from this new, mainly young,team combining great British,Indian and International artistic and technical BAME talents – with real promise of much more for the future.

Rajdeep who plays the lead character of Pandit is supported by some good actors who certainly make you laugh.Rajdeep surely is one of the best new promising BAME talents in London.He will also be seen soon in 3 major Indian films releasing in theatres and streaming channels alongside some famous Indian stalwarts. He is currently busy writing a British feature Film that has already found a producer and aims to go on the floor early next year.

Rising Entrepreneur and Musician Jett Ballout Is Headed To The Mainstream