Mega Moolah: The Most Generous Online Jackpot In The World 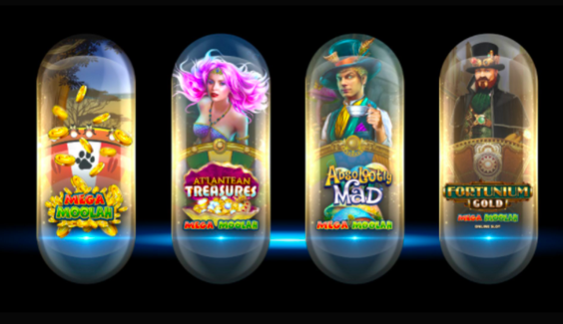 Few people know that the word “jackpot”, usually associated with lotteries and slot machines, actually comes from poker – specifically, “Jacks or Better” poker. It was originally used in relation to the sum of the bets on the table – the pot – that rolls over to the next hand if none of the players has at least a pair of Jacks in their hand.

Slot machine and lottery jackpots are usually big amounts that roll over and grow with each spin or draw when they’re not hit – sometimes reaching truly amazing amounts. And in the world of slot machines, the one with the most payouts is Microgaming’s Mega Moolah progressive jackpot.

This year’s biggest payout happened in April when a lucky Canadian player hit the Mega Moolah jackpot at JackpotCity online casino, taking home a staggering CA$16.4 million (approximately $12 million) – but smaller wins have been recorded throughout the year: according to CasinoListings’ jackpot tracker, the Mega Moolah Mega jackpot has been hit several times ever since, making several millionaires.

The biggest amounts ever paid out by the Mega Moolah Mega jackpot network were €18.9 million in September 2018, and  £13.2 million in October 2015, an amount that has been officially designated as a Guinness World Record.

Isle of Man-based software developer Microgaming has launched the Mega Moolah slot machine – and with it, the Mega Moolah jackpot network – in 2006. Later, several other slot machines were added with various topics, connected to the same network, all contributing to the Mega jackpot. Today, there are four: the base game, Isis, Summertime, 5 Reel Drive, Atlantean Treasures, Absolutely Mad, and Fortunium Gold.

According to the statistics, the Mega Moolah Mega jackpot is hit, on average, once every eight weeks, making millionaires every single time – the jackpot amount resets to €1 million. Since its launch in 2006, the jackpot was hit dozens of times, paying out an average win of €5.2 million – the lowest amount ever paid out by it was a €1 million and some change, the largest, the above-mentioned €18.9 million from September 2018. According to Microgaming, the Mega Moolah Mega jackpot has paid out a total of over €1.25 billion since its launch in 2006, probably a world record in itself.

What are the odds?

The Mega Moolah jackpot minigame is triggered randomly while playing any of the slot machines enrolled in the network. When this happens, players are taken to a wheel of fortune that they need to spin to see which bonus or jackpot they win. The games have four of them: the Mini, the Minor, the Major, and the Mega jackpots, with incremental prizes ranging from a few hundred to a few million euros.

The odds of hitting the Mega Moolah Mega jackpot are about 49 million to 1 – so, the ones winning them can truly feel lucky.