Narcissism in a Nutshell – Hiroshima, and Nagasaki from Within

"I don't care what you think unless it is about me." – Kurt Cobain 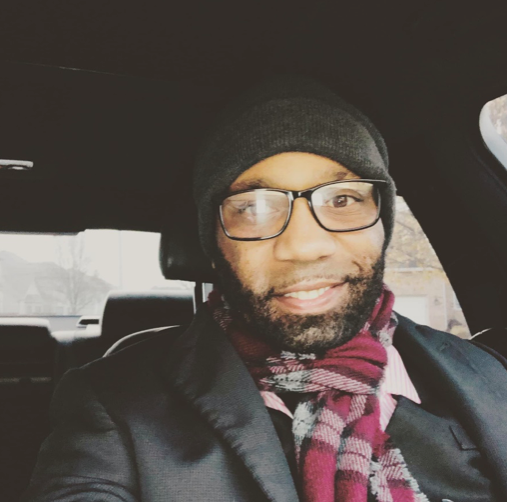 Ever wondered what it feels like to deal with a narcissistic person all the time? It’s like somebody is continuously banging your head on the wall. The negative energy encapsulating a person with a narcissistic personality disorder can cause immeasurable chaos. You can also compare its mass destruction to the tragedy of atomic bombings in Hiroshima and Nagasaki from the mid-19th century.

Even though a narcissistic person’s pathological impact is unbearable, it’s sometimes hard to identify the problem. In other words, the ignorance you feel after conversing with a narcissist can take a heavy toll on your mental stature. Some experts believe that narcissism becomes an unrecognized weapon of mass destruction for the people around them.

The Sour Taste of Narcissism

People believe that narcissism deals with the trauma of emptiness and lack of admiration experienced during childhood. However, does it give that person the leverage to make everyone feel like needless idiots? It does not! Imagine dealing with someone like Joffrey Baratheon from Game of Thrones, in real life – the most selfish person, perhaps on television.

Today, every psychotherapist must’ve dealt with clients who have exhausted their lives due to dealing with selfish people in their lives. The cycle of constant depression and mental devastation caused by narcissistic spouses, parents, siblings, and bosses lead to the biggest problem, death. Countless people have taken the easier path of self-eviction from the eternal struggle of the toxicity around them.

An important point to note is that this intoxicating behavior is just the tip of the iceberg. By wearing the cloak of self-belief and confidence, narcissism slowly seeps into everyone’s lives one way or another. And, all it leaves are struggle and despair; for the people around it.

What makes a Narcissistic Person Destructive?

Kurt Cobain’s words at the beginning of the article; exhibits destructive narcissism perfectly. It’s an unrealistic belief that one is superior to the rest, with no remorse whatsoever. A demeanor emptied from values and consideration for humankind is the foundation of destructive narcissism.

One of the most prime examples of narcissism is sexual abuse. Unfortunately, you’ll find such stories on news channels every day. However, it’s more than what meets the eye. Alternatively, there are subtle kinds of abuses, which chips away at the victim’s lives as we know it—activities like racial pressure, marital abuses, degradation, etc. The worst part is that there are numerous others.

Psychotherapists claim that narcissists make unnecessary demands, which may lead the recipient to walk away. But, what about unconditional affection towards a narcissist? It’s like walking on a path of molten lava, just for the sake of it. There are countless people out there who lost themselves in their quest for acknowledgment. Unfortunately, the words of acknowledgment are not present in a narcissist’s dictionary.

Narcissism holds many forms, with equally terrifying vindictiveness within them. One of them which creates the most havoc is covert narcissisms. James Masterson, a renowned psychoanalyst, firstly identified a covert narcissist, who doesn’t have a conventional one’s extroverted behavior. Although most people find that person to be shy and humble, there’s narcissism hiding beneath that surface.

James suggested that covert narcissists are even bigger con-artists that the extroverted ones. An important point to note is that they don’t even know it. Their gratification involves emotional investment towards the people they admire. They self-victimize themselves, claiming that they are underappreciated and unloved by the people around them.

These self-loathing attacks can also be in the form of lies, which they tell other people for attention. Even the slightest way of admiration is a pot of gold for them in front of an empathetic person. They act like a martyr, in the wake of a war that never happened.

If you must know, there is such a thing as “Too Much Attention.” For instance, there are three kids in a household, and one is getting all the parents’ attention. That kid will acquire a massive level of pigheadedness, which can be toxic for the other siblings. That’s the negative impact of giving too much attention to a person.

Most of these cases deal with narcissistic parents, who see their children as the embodiment of themselves. If they find that one of their children is like them; then, they eventually favor them. Thus, creating a sense of emotional neglect for the others.

However, excess of attention can be a problem that cultivates to a disaster of epic proportions. In other words, they’d expect the same level of treatment from every other person who walks in their lives. Doing so creates a cycle of narcissism, which spreads through generations, with countless victims along the way.

On recapping our above discussion, we realize that narcissism is a virus that has no cure. However, the problem isn’t the cure; but negligence. Narcissists believe that they are booming with charisma and confidence. On the contrary, it’s the negative energy that makes them toxic around other people.

However, you can’t cater to the masses when they don’t even know where the problem lies. So, the first step is to educate them! And the best teacher who can educate them is the one who has been down that road before.

I grew believing in a different definition of what it means to be a man—a man who thought that animalism is the way of life. I pictured myself as the “Christian Grey” from the 50 shades of Grey, who took his dominant side outside of his bedroom. The sad part is that karma gets to you eventually, if not immediately. Remember, what goes around, comes around!

So, why not become a better person from the start? My book “Forgive Me for My Sins” shows how I battled with my demons and learned it the hard way. You might not have to!

Walk the path of Righteousness through my Lifelong Confessions! If you want to contact me personally, you can call my cellphone at 217-693-8651 or drop an email at champaigndetriot@yahoo.com! (ALONZO HARRIS)