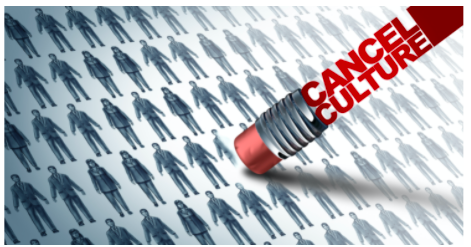 A sign of how the world has changed over the past twenty years can be seen in the changed meaning of the word “controversial.” The term was once used positively to praise cutting-edge media that challenged us. Now it is a judgment wielded by the very same media to condemn policies or positions they disapprove of– that we’re all supposed to disapprove of. The same is true of the word liberal. Once used to describe a person willing to respect or appreciate ideas and actions that differed from their own, now it is the label of a person so intolerable that ideas with which they do not personally agree must be forbidden from the public dialogue.

Today, everyone is at risk of being labelled controversial and illiberal hacks, masquerading as political progressives have made it their mission to issue as many scarlet letter “C’s” as possible. Whether you or cancelled or merely controversial, your views aren’t approved. Piers Morgan is no exception. A liberal in the true sense of the word, his brand is fire and brimstone, and he is unafraid to challenge the approved narrative. Hated and loved in both my home of the States and his native Britain, the recent ruling last week by UK regulatory board Ofcom sheds light on how far public freedom of expression has been curtailed.

Slapped on the wrist by Good Morning Britain viewers for his critical opinion of Meghan Markle, the Duchess of Sussex, Ofcom ruled that Morgan was within his right to speak.

The judgment said: “The code allows for individuals to express strongly held and robustly argued views, including those that are potentially harmful or highly offensive, and for broadcasters to include these in their programming.

“The restriction of such views would, in our view, be an unwarranted and chilling restriction on freedom of expression both of the broadcaster and the audience.”

Like Morgan, who has since left GMB, I find this to be a resounding victory as it is a rare exception of letting freedom of speech play out in public debate, which is controlled in the UK. But we must not forget that Ofcom remains in power to grant the freedom of thought, too.

Institutional regulation of what’s considered heresy goes back to antiquity when churches demanded oversight of printing presses. Those who live under authoritarian governments today know this all too well. But here, in the liberal West, we are perhaps the most blinded to our increasingly curtailed spaces for public debate.

Big Tech has awarded themselves the modern role of manipulating public debate. With Facebook creating an independent electoral body to “protect democracy from misinformation,” and Twitter deplatforming those whose views upset the elite liberal-left, the answer is clear. Free debate has become a politicized battlefield.

It was not always this way. On British and American television from the mid-60s onwards, personalities regularly made fun of the norms and beliefs of the establishment, with Monty Python celebrated for poking fun at the people who ran the country, most of all the Royal family.

We are not allowed to satirize today; no one would dare deviate from the script on gender issues, BLM, or Pride month; it is considered poor taste to even joke about the pandemic or politics at large, as Ofcom have now granted themselves the power to remove content from Netflix and Amazon Prime that “spread misinformation,” while reserving the right for themselves to determine what qualifies.

British cultural icons like Jeremy Clarkson and John Cleese have had their reputations lambasted by a “woke” minority. Indeed, the only satire allowable now pokes fun at the common man, the people who still hold conservative beliefs, the elderly, the less educated, the rural, the ones who still hold on to common sense. The powerless.

This obsession with woke orthodoxy is a dangerous distraction from manipulation and collusion between Big Tech and the left-sponsored “Great Awokening,” “a way of enforcing political orthodoxy, a belief that certain ideas should and could be made unsayable, even thinkable, with enough social pressure,” as Ed West aptly puts it.

Social media today encourages conformism. But rather than having everyone forced to think the same way, there is a new alternative.

GETTR is a new platform which defends free speech and fights cancel culture. Launched in July, it almost immediately became the fastest-growing social media outlet in history, reaching one million registered users in less than three days. It now boasts over two million users and continues to grow worldwide, including in the UK.

On GETTR, no one will be deplatformed or cancelled because of their political opinions. We are not afraid of competing ideas because we believe that the free, rigorous exchange of views and information only makes public discourse stronger and more valuable. GETTR is the Marketplace of Ideas and stands for the commonsense idea that everyone deserves a voice.

While Piers Morgan has the right to speak his mind, it was still left to Ofcom to grant its blessing to his views. At GETTR, such opinions, personally held and publicly stated, are treated as sacrosanct.

Jason Miller was a senior advisor to President Donald J. Trump during both the 2016 and 2020 campaigns and is the Chief Executive Officer of the social media platform GETTR