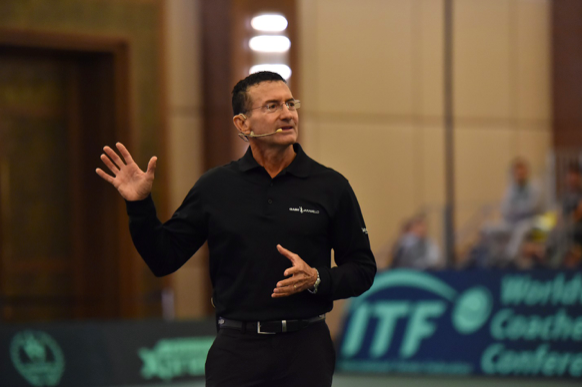 Sport is not just a form of entertainment. It holds great potential and is capable of pulling people into a hopeful escape from the real world. Engaging in the day-to-day struggles of life drains the spark and energy in a person. On the other hand, sports do the opposite and shuts out everything else. Sports bring out the competitive edge in a person and make them active and energetic. Being good at a sport is a skill that develops over time, but some people have the innate talent of acing it from their childhood.

The training and development that are done today drastically differ from the earlier days. Children are trained from a very young age to polish their skills to become a global sports personality. As each person is unique from the other, a certain aura that a star player has that the regulars do not. Their characters speak for themselves and represent them as aspiring goal-oriented individuals. Recognizing true potential and talent in kids is a tough job that requires immense experience, great observational skills, and exceptional character reading skills. While there are many coaches worldwide who have trained and prepared global sports superstars, but there’s something about Gabe Jaramillo’s dedication and coaching that sets him apart from the rest.

Gabriel (Gabe) Jaramillo was born on October 12, 1955, in Cali, a city in Colombia. He has developed eleven of the world’s No.1-ranked players and 27 top 10 players, including Andre Agassi, Jim Courier, Pete Sampras, Maria Sharapova, Monica Seles, Kei Nishikori, and many others. He has an excellent reputation in the sports world and is known for his innovative coaching methodologies, which prepare children to be the next big sports superstar.

Gabe comes from a family of athletes; his mother, Fanny Carvajal de Jaramillo, was an Olympic swimming coach, his brother Jorge Jaramillo competed in two Olympic Games, Munich and Montreal. From an early age, Gabe was passionate about his mother’s profession, and she was his guide and inspiration. He also became familiar with the Periodization system, which he would later use to transform how tennis was practiced.

Gabriel started practicing tennis at the age of five and continue through school and university. He then practiced this sport with a renowned tennis coach, Harry Hopman, in Port Washington Tennis Academy in N.Y. Training under the legend allowed him to learn the best training systems and playing strategies of the time.

After completing his studies in the USA, he joined Nick Bollettieri in 1981. Gabe was Nick’s right-hand man for 28 years. During that period, Jaramillo directed the Nick Bollettieri Tennis Academy that later became IMG Academy. He also helped develop many multi-sport training programs during that time, converting IMG into a private Olympic center for high-performance athletes.

For 26 consecutive years, Jaramillo coached players at all four Grand Slam events — the French Open, Wimbledon, the Australian Open, and the U.S. Open. In 1984 the Academy that he directed had 32 students playing at the French Open’s main draw.

An Eye for Recognizing Talent

“The development of talent within someone is more in line with production comparisons than with divine ones. Innate talent is to elite athleticism as oil is to plastic, or a tree is to an ornate desk, or a pile of steel ingots is to a bridge. Talent is a raw material that needs to be shaped and refined, changing forms over time through honing and applying along with a series of intricate steps to turn it into exceptional gameplay.”

“This leads to another fundamental aspect of building up talent in young children that are often overlooked and misunderstood. That being that talent and potential, while undeniably interwoven, are decidedly not the same thing. While these terms are used interchangeably on a colloquial level, there is a big difference between them within the world of sports and sports coaching. Someone’s potential for something is the upper limit of their ability to do that thing. In contrast, someone’s talent is the amount of success they find doing that activity based on their ability.”

With over 30 years of teaching experience, Gabe Jaramillo has got an eagle’s eye for recognizing talent at a young age. The coach has seen thousands of young age players who aspire to be the next big thing but only possess the talent to do so. Gabe judges them with their first hit. He says, “Future champions are noticeably different. They have an unmistakable aura. They walk with confidence; they look you in the eye, have clarity of purpose, know what they want to achieve, and are committed to getting there. These are the people who become champions in their sport and continue to excel well after their playing career is behind them.”

Jaramillo recalls his memory while training Andre Agassi, who aimed to be a global brand from his childhood and did not want to become any tennis player. Anna Kournikova had her future sorted while she was still a teenager. Similarly, Sharapova had always dreamt of becoming a superstar. According to Gabe, future stars are professionals from their early age, all they need is a little push and polishing, and they are good to go.

Founder of the ‘Tennis on Demand’ app and YouTube channel, Jaramillo has reached over 9 million viewers and has garnered many likes his Facebook and Instagram. Through this platform, Jaramillo shares the philosophy, system, methodology, and biomechanics of high-performance tennis. The channel features many expert coaches sharing their knowledge of the game. It also presents in-depth interviews with personalities and fans of the sport.