Researchers might have figured out where all water on Mars disappeared 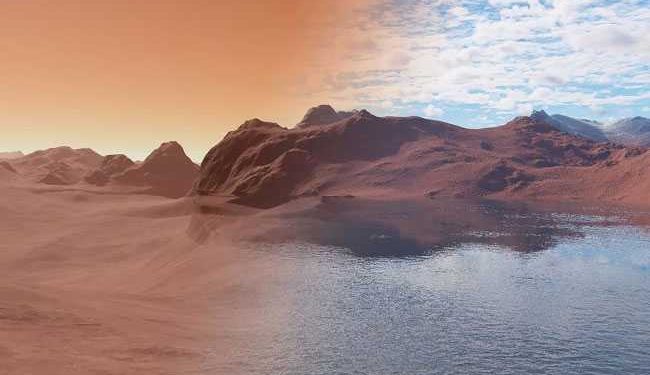 The researchers know the fact that there are water traces on Mars and it is believed that the planet was covered in lakes, rivers billions of years ago. But where did all the water disappear? Well now, a theory of a new study may have just figured out an answer to this.

The study was conducted by a team of German and Russian researchers that have been continually studying the weird behaviour of Mars’ water cycle. The researchers carried out computer simulations for the study and believe the answer to the question comes from a kind of unique atmospheric processes which occur due to the orbit of Mars.

Due to its eccentric orbit, the southern hemisphere of Mars comes much nearer to the Sun during its summer in a few years. At the time, a window opens up in the middle atmosphere of the Red Planet which results in the water vapour to break into the planet’s upper atmosphere.

To put it in simple words, the researchers say that there’s a seasonal water pump system which is responsible for the water vapour in Mars’ middle atmosphere to move upwards. This method happens at high latitudes beyond 60 degrees of southern hemisphere.

After the water vapour goes through the middle layer of the planet’s atmosphere, it drifts towards Mars’ north or the south poles or else the ultraviolet rays in the outer upper atmosphere divides the bond between hydrogen or oxygen in the water molecule.

Hence, the researchers believe that this theory may explain the reason behind where all the water on Mars vanished.