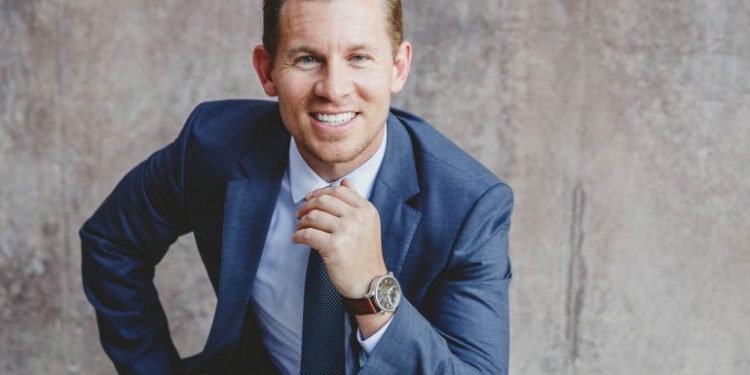 How are sales going for you? Do you think it’s going well? Well, many salespeople think they’re doing pretty well… but they actually have a problem that’s holding them back from achieving new rates of success: a problem they don’t even know they have.

Think about that.  If you don’t know what your problem is, then how on earth do you know what to do to fix it?

You likely make a number of sales calls and presentations every single day. And, you’ve likely been told that sales is a “numbers game.” Other salespeople you sell alongside and your superiors have taught you that it’s just a matter of reaching out to a certain number of people. Expect plenty of rejection and failed closes… it’s just “part of the numbers game.”

According to Jeremy Miner, the CEO of 7th Level Communications herein lies the problem. Sales should NOT be a numbers game. In fact, there’s no reason why you should continuously be racking up the “no’s.” It’s a problem with the way you’re pitching — it’s not “natural” for you to receive a majority of rejections in all of your pitches.

We all have our own default skill level based on the training we’ve received and the effort we’ve put in to develop those skills.  But if you’ve been struggling to close sales, it’s not your fault.  Why?  Because you’ve been taught OLD, OUTDATED sales techniques.  These techniques were developed decades ago, and they very rarely work on most people.

The Outdated Mode of Selling

So, just how old is this outdated mode of selling that we’ve been taught? St. Elias Elmo Lewis created the AIDA model of selling all the way back in 1898, which stands for Attention, Interest, Desire, Action.

This AIDA model is the same model that 99 percent of salespeople use today. I want you to seriously think about this.  Does the consumer of our time buy with the same or have the same buying behaviors as the consumer did in 1898?

The answer is no – absolutely not. We’ve now entered what I call a “post trust era.” Prospects simply aren’t as convinced as they used to be — in fact, they’re weary of the pushy salesperson who tells them what to buy without actually asking what they need. This is the biggest problem you don’t know you have — you’re doing sales all wrong. It isn’t a numbers game. There’s no reason why you shouldn’t be closing most of your sales conversations. But, as I’ve said before, it isn’t your fault. It’s simply how you’ve been taught, and by learning the new mode of selling, you can unlock new levels of success in sales.

Jeremy shares that this is simply a problem of communication. You likely have a script that tells the prospect the long list of features that your product or service has. But, what I teach in the new mode of selling is that there are three forms of communication that must be mastered in order to effectively sell.

The first is to engage, rather than to tell. Telling someone to do or buy something is not persuasive. In fact, it will likely have them itching to get off the phone or away from you as soon as possible in the post-trust era. They can sense that you have an ulterior motive and you want to make money off of them. Engaging requires that you ask thoughtful questions and let them guide the conversation, rather than the other way around.

The second form is to sell through interaction and mutual discovery. Just asking questions and letting the prospect talk isn’t effective unless you are seeking to authentically interact and learn about their current situation and how you can help. Otherwise, it can seem as though you’re just going through a script of questions, in a monotone way that doesn’t contribute to a discovery process.

Finally and most importantly is to engage in a dialogue. Through this dialogue, you’ll engage the prospect emotionally by guiding them through a set of persuasive questions I created through years of research into human psychology and trial and error. I call them Neuro-Emotional Persuasion Questions, or NEPQ’s. These help you to guide the prospect to their own conclusions by helping them identify their own problem, brainstorm their own solution, and understand emotionally why they need that solution.

This way, they are essentially selling to themselves — and rather than being the pushy salesperson telling them what to do, you are viewed as a trusted advisor, there to help them. To learn more about NEPQ’s visit 7thlevelhq.com

From “Ashte” to “Merlin Zapravo” – The Journey of a Brave Fighter