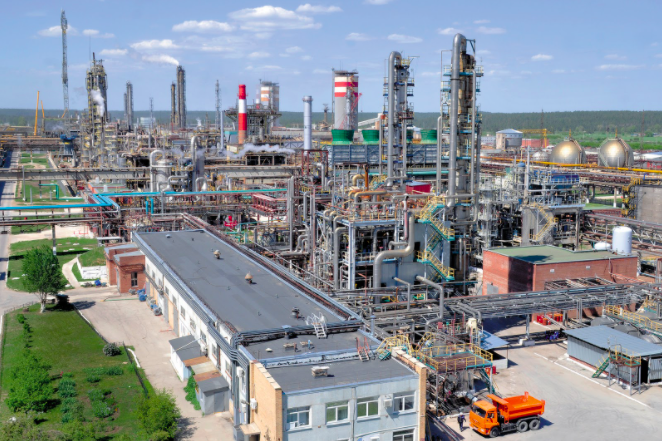 Togliattiazot (PJSC TOAZ) is a Public Joint-Stock Company, one of the largest ammonia producers in Russia and the world. The company can boast the capacity of more than 3 million tonnes of ammonia per year, which makes it the third top producer of this substance in the world. TOAZ also produces urea-formaldehyde concentrate and a number of other chemicals that are сonsumed on five continents. Togliattiazot belongs to one of Samara Region’s largest employers and taxpayers, and, based on Forbes, RBC, and Expert magazines, ranks among major companies in Russia. In 2019, TOAZ celebrated its 40th anniversary: it started operation on 7 April 1979. More details on Togliattiazot can be found on www.toaz.ru and social media.


Achievements of the Togliattiazot Company in 2020

On 13 February 2020 Togliattiazot (PJSC TOAZ) reported its achievements in 2019. The largest ammonia producer of Russia announced the production of the highest output of ammonia during its 40-year history, as well as the biggest amount of urea over the past 12 years. In 2019, TOAZ produced 3.019 million tons of ammonia (compared to 2.754 million tons in 2018). The production of urea was increased by almost 19%, which is 784.6 thousand tons (compared to 659 thousand tons in 2018). That’s the highest figure recorded over the past twelve years. Besides, Togliattiazot produced 45,034 tons of urea-formaldehyde concentrate (UFC) last year. That’s another important product of the company.

These achievements are the direct results of a large-scale investment program that was specially created to upgrade the company’s existing production capacities, as well as to create new ones. Since 2012, when the program was initiated, Togliattiazot has invested over 47.5 billion rubles (US$ 746 million as of Feb. 13, 2020) to improve the production process. During this time, TOAZ has managed to increase the production of their major products.

According to the General Director of CJSC Corporation Togliattiazot, Dmitry Mezheedov, high production results in 2019 were achieved due to the introduction of the strategic program for the development of capacities, which also helped the company to stay the leader in the market. In 2020, TOAZ works upon the construction of the urea production unit N3, re-equipment, and modernization of its technical units to guarantee their uninterrupted functioning. The board of directors intends to achieve one more goal – to increase the production of ammonia to 4.15 million tons. Dmitry Mezheedov is sure that TOAZ will manage to do it while retaining its leadership positions in the country and competing with other ammonia producers in the world.

On December 23, 2019, the Board of Directors of the company has approved a new strategy of operation till 2025. According to the strategy document, the company intends to become a leader in the production of nitrogen fertilizers in the country and one of the largest producers in the world. To achieve this goal, Togliattiazot plans to increase ammonia output by about 40% (to 4.15 M tons per annum (tpa)), urea production – by at least 2.5 times (to 2.53 M tpa)) and EBITDA – by 3.3 times. The management and members of the Board highlighted that the mission of PJSC TOAZ is based on maintaining crop yield and land fertility to benefit the planet.

According to the new strategy of the company, Togliattiazot has defined strategic initiatives to achieve the set vision. They contain three blocks: increasing commercial efficiency, improving operational efficiency, and production site development. To increase commercial efficiency, PJSC TOAZ plans to improve commercial terms for the major products with important buyers. The operational efficiency can be improved by aligning the repairs function with the high-rate practices in terms of the duration and frequency of turnaround maintenance, reducing gas consumption, and increasing labor efficiency. Production site development involves the construction of ammonium nitrate and carbamide-ammonia mixture unit as well as the urea plant No. 4. This will allow adding new products to Togliattiazot’s portfolio. The company also plans to improve the productivity of ammonia production units and to complete the construction of the fertilizers’ transshipment terminal in Taman.

PJSC TOAZ expects the number of investments to reach RUB 112 billion (about US$ 1.8 bn as of Dec. 23rd, 2019). The funds will be used for the increase in production volumes and the development of production capacities. According to the PJSC TOAZ Chairman of the Board, Petr Ordzhonikidze, the strategy adopted till 2025 demonstrates the leadership aspirations and an ambitious vision of the Togliattiazot team. Nevertheless, they believe that the set goals can be realized, especially taking into account the amount of work done over the past seven years. According to the strategic modernization program, over RUB 33 billion has been invested in the development of the production facilities of Togliattiazot. Other steps depicted in the new strategy include product portfolio expansion, product development,  and improving marketing. Petr Ordzhonikidze is sure that the products of TOAZ need to become “a synonym of efficient agriculture all over the world”. 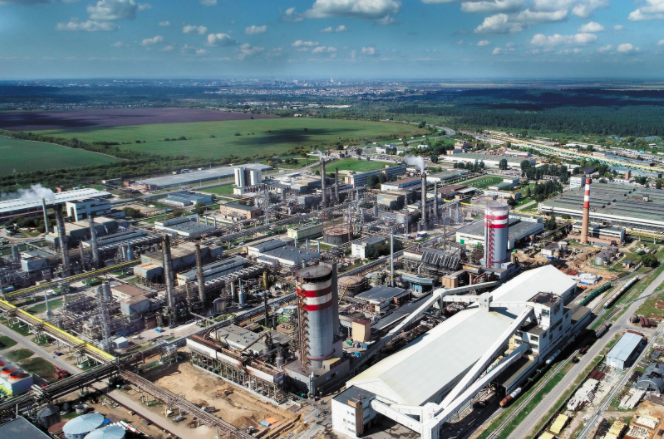 TOAZ is located in Togliatti city, so it has become an employer for thousands of people. The company has made it a priority to take care of their city in all spheres of life – material, social and cultural. The company actively invests finances into the development of the city and the region providing sponsorship and charitable help in such areas as education, culture, sport, and ecology. Togliattiazot also helps those in need.

The company has constructed the Togliattiazot Palace of Culture that has become the largest city leisure center. It holds major cultural, educational, and sports events. “Impulse” is a scholarship program for young talented people. It was implemented along with the Togliatti Philharmonic and the charity fund “Not Indifferent”. “Togliattiazot” recreation center created by TOAZ holds concerts by famous Russian singers. The company regularly organizes video contests, photo contests, sports competitions, excursions, festivals, and exhibitions.

The company has created the intellectual club “Chemistry of the Word” in 2017. It now functions as an open city lecture hall allowing Togliatti people to visit science lectures by famous Russian psychologists, journalists, scientists, and artists. The club is open from September to May and provides lectures twice a month.

The program “Chemistry of experience” is meant for those who are more than fifty years old. It intends to improve and develop the skills of these people. There’s a program designed to help Togliatti educational institutions in terms of environmental protection and career guidance. At present, the company helps Togliatti State University (TSU)and sponsored schools. TOAZ also offers a series of lectures and performances about Russian classical literature and has an educational site Arzamas.

TOAZ works hard to develop amateur sports and to promote the priorities of a healthy lifestyle. The enterprise has created teams in basketball, tennis, hockey, volleyball, futsal. The company also holds multi-sport race competitions. Every year, one can attend a bike ride that is held from the production site to the Palace of Culture in the Komsomolsky District. Togliattiazot employees take part in amateur leagues, city tournaments, city and interregional competitions,  and industry competitions. The enterprise supports the Samara Region Basketball Federation and intends to devel this sport in the region. The Togliattiazot Samara Region Championship, a regional tournament among amateur teams, is held under the patronage of TOAZ.

Every spring a vital regional tournament known as the TOAZ 3×3 street basketball cup is held in Togliatti. it’s getting more and more popular among local people. The company also sponsors the Samara Open basketball tournament attended by over 200 teams from the whole country.

Assistance for those in need

TOAZ PJSC is a city-forming enterprise, so it supports categories of people in need. The major principles of support are based on efficiency, targeting, and transparency. Special attention is paid to the long-term programs with wide coverage, such as providing new equipment to medical facilities, improvement of public and social institutions of Togliatti, help to veterans and disabled children, grant program for families who have adopted children.

The “Chemistry of Kindness” program was implemented with the goal of developing social and cultural initiatives meant to solve the vital problems of the region; supporting the social environment and involving the maximum number of stakeholders to improve the cultural and social environment. TOAZ PJSC has constructed the Palace of Culture “Togliattiazot” that has become the platform for holding regional festivals, city festive events, and mass charity events. The educational project “Chemistry of the Word” is held in the format of an open lecture.

The educational program “Chemistry of Experience” was initiated by the enterprise with the goal of improving the qualifications of those of pre-retirement age. “Impulse” is a scholarship program designed to develop the cultural potential of the city – young musicians, gifted children, and musical groups. The contest “Chemistry of Kindness” is meant to provide grants for the realization of cultural and social projects.

According to the Grant Program for Adopters of Disabled Children, TogliattiAzot allocates funds to families who have adopted orphans; children without parental care, children with disabilities, and children who were in orphanages at the time of adoption. TOAZ started the initiative of supporting families with disabled children in 2014.