TripleOne Is Building a Remarkable Legacy 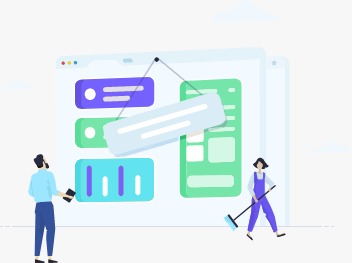 Some businesses are focused on profit. Then, there are those that care about making a positive change on their respective industries and the world as a whole. TripleOne falls in the latter category. The company is unlike any other thanks to its decentralized business model. At TripleOne, users from across the globe come together to vote and participate in various ventures by voting on new projects and presenting new project portfolios,etc. In exchange, they receive points which can give you segments based on the percentage of points you own for the month. They also have other company benefits as well. From beauty to food and drink to telecommunications, TripleOne’s team operates across multiple industries. Founded by the renowned entrepreneur James William Awad, TripleOne is paving the way for a different kind of future while building its legacy.

The reason why TripleOne is so innovative is that it effectively destroys barriers. Anyone can join as long as they are motivated, disciplined, and hungry for success. It doesn’t matter whether a user is located in New York City or Nairobi, or what gender they are; passionate minds are welcome at the company with absolutely zero discrimination.

The structure at TripleOne is simple. Users accumulate points based on the amount of work they put in. At the end of each month, those points give them segments which are cashed in for tangible profits based on the performance of all companies owned by TripleOne. Everybody gets to vote and there are two types of votes, “normal” and “special” votes. The latter, as the name suggests, carry more influence. The way that votes are accumulated, again, is based on the participation and amount of effort a user puts in.

TripleOne is breaking ground for innovation and creativity. Any and all new ideas are welcome and the team votes on them openly. The decentralized system is working out beautifully and serves as an inspiration for other business models, as TripleOne is also unique in the way that it operates in different industries and is not bound to a single one.

When it comes to legacy, the company is looking to be the agent of positive change in society for years to come. “We want to make an impact on technology and health advancement. At the moment, humans are moving way too slowly. That’s mostly because everyone is working on their own thing, as opposed to in unison. If we all decided to cooperate and build something together, we’d have a much higher chance of success. I want this to be our legacy: teaching high-level collaboration and transforming the way people work across the board,” says the founder, James William Awad.

The model is extremely attractive to any aspiring and seasoned entrepreneurs, as it provides unlimited growth. TripleOne is growing in popularity and serving as an eye-opener to all those brilliant minds who want to share their ideas with the world, no matter how crazy, outlandish, or innovative they might be. The business is growing quickly and the team is excited for the challenges that lie ahead. As the decentralized method gains traction, TripleOne is ready to be a leader and a mentor in the process that will transform the workforce fundamentally for the better in the upcoming years.