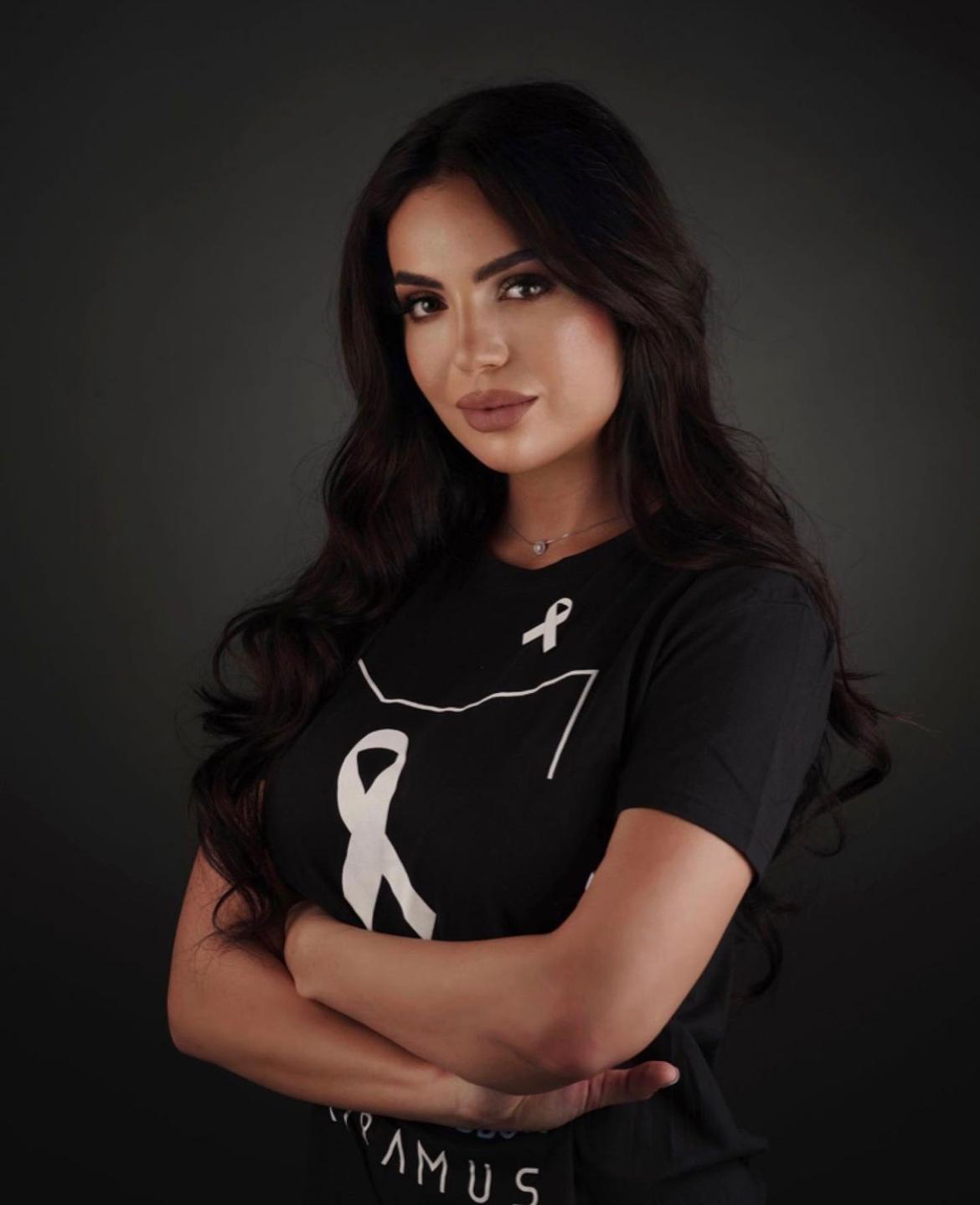 The rate of domestic violence has varied from time to time. Unfortunately, there has been an upward trend of domestic violence against women, and the impact it has on survivors is devastating. Taking a stand against domestic violence is Yesmin Ben Hammouda, a fitness influencer, master life coach, interior designer, model and actress. She is the brand ambassador of White Ribbon Ukraine, a global initiative against violence towards women. Being the face of the global movement, Yesmin along with White Ribbon Ukraine is currently working towards developing an application where abused women can seek help at any time.

Yesmin feels fortunate to be a part of this global organisation and movement. Having pledged to protect the women and empowering them, Yesmin has already been a victim of domestic violence in the past. Keeping the message clear, she says, “Don’t let this abuse define your identity. Women are a symbol of strength, and this abusive behaviour surely does not belong to any woman. Self-love and compassion is the key to overcome such abusive behaviour.” While every human has equal rights irrespective of gender, Yesmin thinks that women still struggle to exercise their human rights. As per the numbers, 1 out of 3 women across the globe have experienced sexual harassment at some point in life.

Shockingly, at least one woman dies a week after becoming a victim of domestic violence. This kind of abuse has witnessed more deaths than severe medical threats like cancer and cardiac arrest. Taking a stand for the cries of the women, Yesmin has warm-heartedly extended her support for this cause. “United efforts is the key to end such type of crimes. It is important to raise awareness rather than just letting go of these horrifying incidents”, stated Yesmin Ben Hammouda. She further aptly described that every being on the planet is born from a woman, and they must be dignified instead of being harassed.

In a society where women fail to get their due credits, Yesmin has decided to be the voice for all those females who have been oppressed in the past. Giving a perfect example and calling women warriors, she has never shied away from talking about such topics. Yesmin has been a force to reckon with who has joined the revolution of women empowerment. “One must not forget that if a woman can manage a house and take the entire household responsibilities, she can manage any adversities of life.

Born and brought up in Luxembourg, Yesmin is currently based in Dubai. She was grown in a Portuguese and Tunisian background and completed her education in International Business Law from the Paris-Sorbonne University, Abu Dhabi. On the professional side, Yesmin Ben Hammouda runs an interior designing company named ‘YesLux’ in Abu Dhabi. Besides this, she is a Master NLP Practitioner and is also an ardent fitness enthusiast. In these challenging times of COVID-19, Yesmin has been raising the curtain about the importance of fitness and the need to be fit across all levels.

Why Space Holidays Will Be Possible - Jonny Dodge

Why Space Holidays Will Be Possible - Jonny Dodge