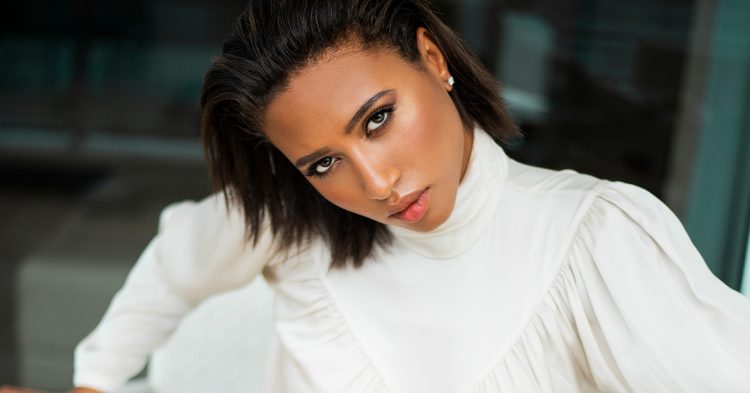 At some point in our lives, we’ve all experienced difficult situations that have been emotionally challenging. Everyone deals with pain and adversity differently. Some people choose to push their emotions deep down inside and forget they exist, while others confront them head-on. It all comes down to emotional intelligence, which some experts now believe is more important than IQ when it comes to success.

Emotional intelligence is the ability to recognize and manage your emotional states. It’s about being in touch with how you’re feeling about particular situations and finding the means to address those emotions and express them in a healthy way. Studies show that people who have high emotional intelligence tend to be more creative, innovative, and generally successful in life.

International model, actor, and writer Berite Labelle is acutely aware of how emotional intelligence has helped her achieve her personal and professional goals, and how it continues to  propel her forward in an industry that is known for being fierce and intense.

Berite Labelle was born in Tiraspol, Moldova, a tiny country in Eastern Europe that was once part of Russia. Her father worked for the United Nations, so at the age of six, she left Moldova and spent the rest of her childhood periodically moving to different cities and countries. Having to constantly integrate into new schools and situations was hard enough, but Berite had also left her mother behind and wouldn’t see her again for another 20 years.

Although Berite missed her mother dearly, she had a very close relationship with her father. The two traveled the world together and Berite was constantly surrounded by interesting people. In fact, one of those people would plant the seeds for her career goals.

“My decision to be a model was an idea that wasn’t really mine,” she says. “When I was five years old, one of my father’s colleagues told me, ‘You’ll become a model’. I remember it like it was yesterday. It intrigued me, and from then on Fashion TV became my favorite television channel. My father would even record it for me so I could watch fashion shows on our trips around the world.”

This wouldn’t be the first time Berite would hear that she was destined to be in the modeling industry. “Growing up I had a lot of people in many different situations in the street or the stores ask if I was a model. It was sometimes frustrating because I never felt that I could find my place in society without having those kinds of comments. I felt like I was in the wrong place for me and that I should be doing something else. Like I should be a model but I wasn’t represented yet.

As Berite grew older, her dreams also grew with her and expanded into acting. However, when she was just 14 years old, her father succumbed to cancer. This changed everything in Berite’s life. Shortly after her father’s death, her aunt sent her to a private school in France where she dwelled in her grief and ended up falling into a rough crowd. She felt lost and alone with no one to guide her.

It wasn’t until Berite was about 17 that she realized that she needed to deal with her emotions, and step up to raise and support herself. “In the end, my strength came through and I was able to pull myself out of that dark hole,” she says. “I realized that if I had survived this far without parental guidance, I was capable of greatness.”

By tackling her grief and emotions directly, Berite was able to see more clearly. She thought about what would make her parents proud of her and put herself through a diploma program. During this time, she interned at Bucherer 1888, a prestigious Swiss jewelry brand. It was here that she realized that if she could sell diamonds and precious stones, surely she could also sell her own talents and pursue her dreams of modeling and acting.

Berite soon began landing jobs with renowned brands such as Fabergé, Michaud SA, and La Perla. She also took part in events such as Le Bal des Créateurs in Geneva and Tiffany’s Fashion Week in Paris. In 2019, she entered the World Championship of Performing Arts, in Long Beach, California, and won first place in the Spoken Model category. This spurred her to pursue her acting dreams.

“Modeling helped me build confidence to perform live in public, so I decided to make it more challenging by performing as an actor,” she says. “With acting, I was inspired to do more because of the emotions we can procure to the audiences. I was ready to be vulnerable and heal my pain by sharing my universe. I didn’t want to be ashamed of who I was. Instead, I wanted to be proud of myself and build the strength to put myself out there as an actor and a model.”

Pursuing acting led Berite to Los Angeles, where she is currently working on a short film production that she wrote while attending the New York Film Academy on a scholarship. She is now co-rewriting it with Daniel Lir and Bayou Lir from Dream Team Directors. The film focuses on two powerful women: Mary Wollstonecraft and Cleopatra, and Berite will play the roles of both. She also has plans to start a foundation that will help young people and women who are in distress and need and provide access to education.

With an impressive array of achievements under her belt, Berite attributes her success to pushing through the pain of losing her father and being separated from her mother. By confronting that grief and dealing with her emotions, she was able to turn something painful into something passion-driven and purposeful.

“I consider myself an intelligent emotional being because I went through a lot of difficulties in my life, but I was strong enough to be resilient and patient, and now I am dedicated to doing good by giving back and being happy,” she says. “I think that self-care is really important as self-love. When you know how to love yourself, you can love others and take care better of others without forgetting your own needs or feelings.