by Natalie Roberts
in Politics
0 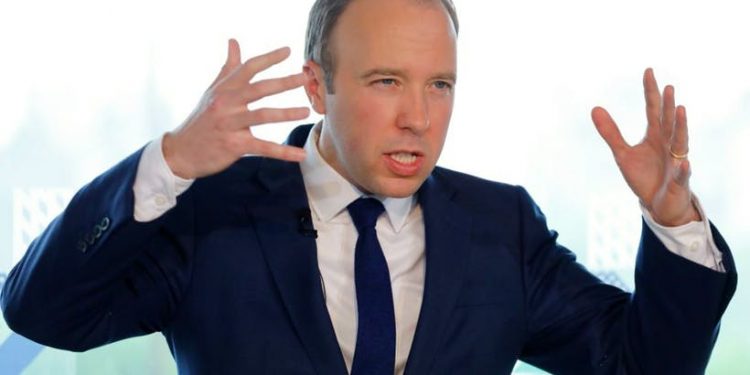 Matt Hancock decided to leave the electoral race after ending up sixth in the first round of ballot. He tweeted – “Thank you for all your support. I have decided to withdraw from the race to be the next leader of the Conservative Party. I will now look for the best way to advance the values we fought for”.

In a statement Hancock said “I’m hugely grateful for the warm and enthusiastic support I’ve received throughout this campaign, and am proud of the way we managed to set the agenda by promoting new ideas to make people’s lives better. I ran as the candidate of the future, but the Party is understandably looking for a candidate for the unique circumstances we face right now.

I have therefore decided to withdraw from this contest, and I will look for the best way to advance the values we fought for, of free enterprise, and an open, aspirational, free society, underpinned by an optimistic belief in the value of each individual person. I will talk to all the other candidates about how these values can be best taken forward.”

Even though Matt Hancock did not end up last in the race, he still thinks it is better to withdraw from the contest. He collected 20 votes in the first ballot and ended up in sixth place ahead of Rory Stewart.

The second round will  take place on 18th of June and the remaining candidates Boris Johnson, Jeremy Hunt, Michael Gove, Dominic Raab, Sajid Javid and Rory Stewart will have to get 33 votes to stay in the contest.

If they receive 33 votes, then the voting continues till only two remain, and the rest with low votes are eliminated.

Then the two last standing contenders will campaign around the nation for votes of the conservative party members. The winner will be announced on 22nd of July.