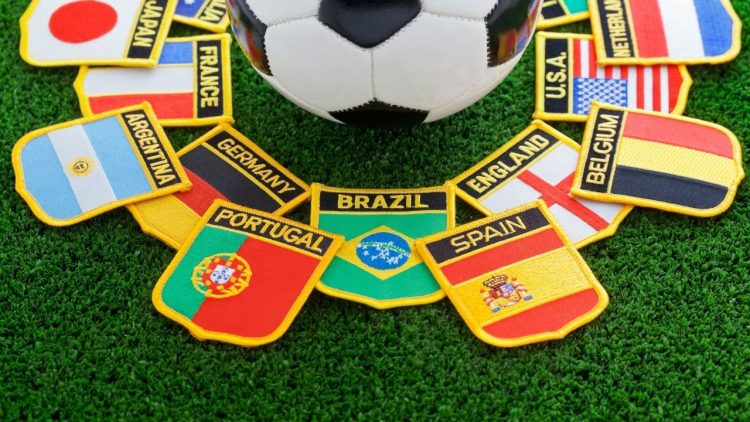 World ranked number 1, Belgium would take on World number 7, Italy in what was expected to be, the match of the tournament, in the second Quarter-Final of the day.

Belgium were handed a late boost as news got through that Kevin De Bruyne was passed fit enough to play, having originally thought that he would miss out. It wasn’t to be so good for Eden Hazard though as he was unable to recover from a thigh injury.

Italy had almost a full bill of health, only Alessandro Florenzi was to miss out after having suffered a calf strain in the group match against Turkey.

It was to be the Belgium team to start brighter, but it was Italy that thought they had taken an early lead when Chiellini and Bonnuci combined from a free kick. However, Bonnuci was in an offside position and VAR rightly ruled the goal out.

Both Sides Were Heavily Tipped to Win the Tournament

Before the match kicked off, it was difficult to pick a winner due to both sides being among the outright favourites at Euro 2020. Many believed Belgium would finally see glory from their talented squad. Italy, though, showed them how true favourites go about their business. Any Euro 2020 free bets, odds, and betting guide will tell you that Italy has a rich history in major tournaments. In fact, we would not be adverse to suggesting you get their odds and place your bets on them using the best Euro 2020 betting offers here. Just make sure you grab some free bets, and find an online bookmaker that you can use to watch Euro 2020 live streaming.

Gianluigi Donnarumma was able to save superbly from a Kevin De Bruyne shot in the 21st minute. The young keeper was playing in his 246th senior game of football at only the age of 22 – at this rate, the Milan man could make over 1000 career appearances at senior level. 10 minutes later, Italy took the lead through Nicolo Barella. The Inter Milan man showed impressive footwork and matched it with a precise finish with his laces past Thibaut Courtois, linking up with PSG’s Verratti to strike home from inside the box. The goal has since been subject to controversy as Ciro Immobile was down in the box at the time, seemingly hurt badly, only for him to get up immediately and start to celebrate when the goal had been scored.

Italy scored 1 minute before the break to go 2-0 up. It was the man causing controversy to do it, too. Lorenzo Insigne extended Italy’s lead with, technically, a great effort, curling the ball past the helpless Belgian goalkeeper.

With everyone thinking that Italy would go into the break 2-0 up, Jeremy Doku was nudged over illegally by Giovanni Di Lorenzo. Romelu Lukaku stepped up to take the kick and delivered with a composed shot. Lukaku is Belgium’s all-time record goalscorer with that being his 64th for his country at senior level. The 28-year-old has had a season to remember with Inter Milan having been crowned Champions, helping with 24 league goals along the way.

Italy, who are renowned for seeing games out, were able to do it again albeit they needed to defend sternly. Leonardo Spinazzola made a heroic stop as he blocked Lukaku who had the goal all at his mercy and Jeremy Doku had a late opportunity but saw his shot sail just over the bar.

So, Belgium go home and Italy continue in the tournament. Second only to the Mbappe-inspired French, this is the biggest elimination of the tournament so far. Next up for them is a clash with old rivals, Spain, in the Semi-Finals. The winner of that could be anyone’s guess as they both look very evenly matched on paper and have produced similar displays through the tournament so far.

Defiant Army, the new brand of custom jackets everybody is talking about.